The international art world turns its gaze on Turkey and its vibrant art scene. The art word is always on the lookout for new territories to explore and invest in. India, China, Russia and to some extent Iran have grabbed recent headlines (and gallery space) and now, it seems, the world is shifting its attention in the direction of Turkey. A new book on the subject Unleashed: Contemporary art from Turkey, sets out to document this vibrant scene. 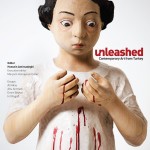 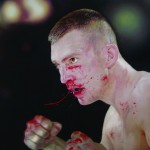 Istanbul is at the heart of this explosion in creativity. Ankara, and other major cities like Izmir and Diyarbakir are contributing to this movement, but Istanbul (crowned the 2010 European cultural capital) is the public face of a country eager to define itself as a liberal Muslim democracy facing Europe.

The city boasts around 250 mostly private art galleries. Ten years ago there would have only been a handful. ‘Turkey is undergoing almost a cultural explosion,’ says London based art patron Maryam Eisler. As executive editor of Unleashed, Eisler and her team have spent the last year exploring the country’s art scene, meeting with unknown artists as well as art patrons so as to document the scene.

From their findings, the majority of contemporary artists are responding to Turkey’s current social and political tension. There is also a strong dialogue emerging between the local artists and the Turkish diaspora.

Eisler notes that there is no censorship in Turkey, which is interesting given the country’s conflict with its current social liberalism, globalisation and entering the European Union – as well as the rise of Islamic ideology. Not to mention the historical battle it faces with cultural chauvinism and a reluctance to fully listen to regional voices be is Kurdish or Armenian.

Some of the artists featured in Unleashed, the likes of Taner Ceylan, are creating highly provocative homoerotic photorealist paintings. Others such as Hale Tenger deal with issues of immigration.

Hossein Amirsadeghi, the brainchild of Unleashed as well as two recent books on contemporary art in the Middle East and the Arab world, notes that in societies like Turkey, art can often be a powerful catalyst for change.

Read our review of ‘Different Sames: New Perspectives in Contemporary Iranian Art’, edited by the same team, as published in Wallpaper*.