Amongst the yearly international car shows it is at Geneva where future trends in car design are revealed. This year was no exception. The show saw a strong focus on green car design – mainly electric cars – and a return to simple lines and elegant sculpture.

The car world has been slow at wholeheartedly embracing the design of cars driven by the modern engine. One reason could be that until now they hadn’t come to a concrete agreement as to which one of the many alternative technologies will be the immediate viable option.

Read the full review and interviews as published in Wallpaper*.

Electric cars, in their various formats, seem to have won the battle in the short run, and it is perhaps this that has sparked off some interesting work by designers from most of the main car companies.

Even performance focused Porsche and Ferrari showed a thoughtful approach to green design, this being the Italian’s first dab at electrification. 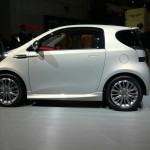 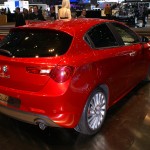 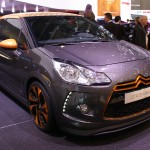 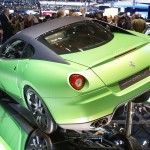 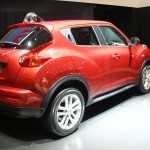 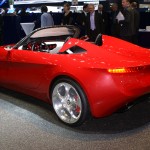 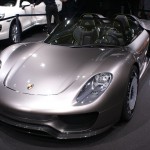 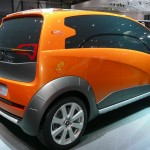 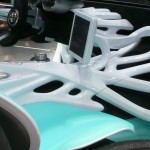 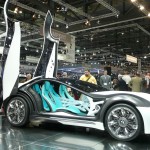 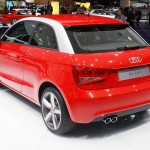 We spoke with a number of key designers at the show. Here’s what some of them had to say about green car design…

Mike Robinson, design director of Stile Bertone: ‘We have come to the end of an era and need a new language. We must take advantage of the changing times and not cry about it,’ he said admitting: ‘It is a fantastic moment for car designers.’

Michael Mauer, Porsche design director, on the beautifully sculpted part electric-hybrid 918 Spyder supercar: ‘We wanted to show that there is a future with sports cars. That if you do it in an intelligent way, you can keep the emotional part and still be eco friendly.’

Steffen Köhl, head of advanced design at Mercedes-Benz, on the F800 concept car built to house both its latest hydrogen fuel cell and plug-in hybrid powertrains: ‘It has been developed to be a car for the modern powertrain, and the design should reflect this.’

Luc Donckerwolke, head of design at SEAT, on the IBE electric city run around: ‘We are saying you can have fun driving, be responsible and not feel guilty.’