The Royal College of Art postgraduate vehicle design show is possibly the most important one of its kind given the college’s impressive alumni who collectively more or less head most of the major car design studios.

The 2010 show focused on future clean driving and set out to explore new concepts for mobility. Highlights included work by Swedish designer Marten Wallgren and David Seesing of Germany – both finalists on the Bentley Aero competition featured on Design Talks.

Seesing worked with architect Richard Rogers + Partners for his project that connects architecture and transportation in a sustainable way. ‘I tried to view vehicle design from an architect’s eyes, looking at how they create buildings and what technologies they integrate, and tried to apply that to my vehicle,’ he says.

His complex design uses the battery as a structural component, positioned low so as to bring the centre of gravity down. Symbiosis connects to a building conceptualised by Seesing to create internal airstreams that constantly pull air through the vehicle parked outside – the building and car feeding from one another.

Wallgren’s 2025 commuter service concept, the Grid, is a semi autonomously driven two-sears powered by solar panels that connects to other similar models on the road to create a community charging grid .

He says he wanted to explore how autonomous driving can impact on the car’s architecture. His concept is wafer thin when empty and driven autonomously to pick up users, the cabin folding down to create the required seats when passengers enter the car.

Other notable work included that of Finnish designer Miika Heikkinen who created a fuel cell powered car called Aava designed for the hypothetical Helsinki Winter Olympics in 2030. ‘I chose fuel cell because we have 180,000 lakes in Finland, so theoretically we can be oil independent,’ he says.

‘We can produce the hydrogen. The power source, gas and materials will be Finish for a fully sustainable solution.’ The car will offer tours around Finnish sights during the game and transform into a micro rental system after the game is over.

A more detailed account of each can be found in my report for Wallpaper*. 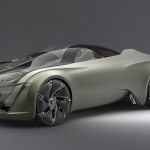 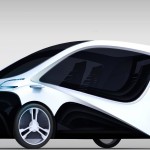 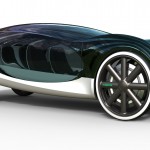 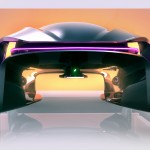 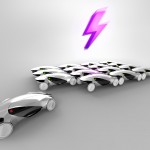 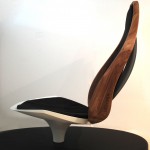 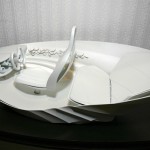 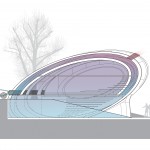 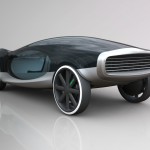 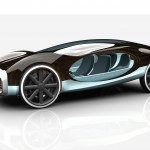 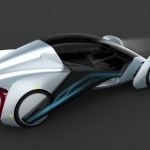 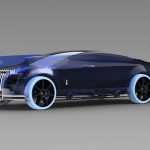 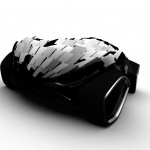 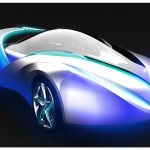 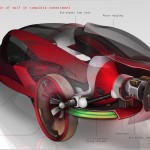 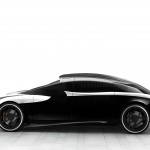 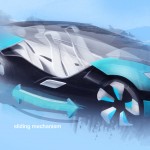 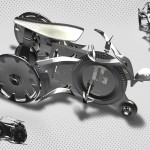 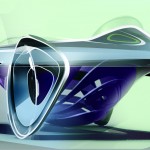