It is almost the incidentals that make this light installation a little bit special. A creative venture involving a trio with very different skills, Sestoseno is a fusion of LED technology and design, and ultimately a celebration of light. 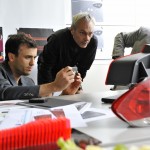 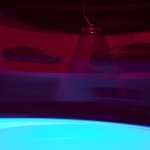 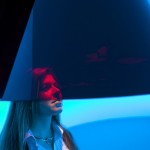 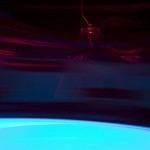 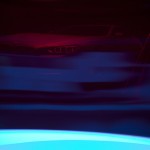 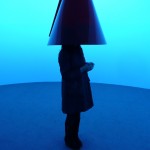 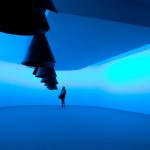 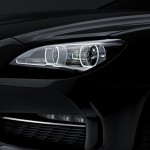 The initial idea came from the BMW creative director van Hooydonk who wanted to somehow show how advanced LED lights have the ability to hide the light source. In his latest 6 Series, the full-LED headlamps feature a circular ray of light that generate a bright white light for intensive and uniform illumination of the road, yet the source of which remains almost hidden.

Joining forces with Flos and Cocksedge, they translated this idea into something sculptural and interactive. The result is a series of conical lamps that hang to a seamless, curving, 25 meter white wall extension to the Flos showroom in the heart of Milan’s design district.

Here also the light source is kept invisible. The soft light is guided through a transparent body, emulating the circular design of the 6 Series headlamps, and hiding the source.

Van Hooydonk notes there is a ‘touch of poetry in this.’ He adds that his team design mobility – objects that move – and it was interesting for him to see how a light designer would translate these ideas.

You are encouraged to enter Sestoseno – and head stuck inside the lamp is quite an experience. Above is the soft circular ray of light but then, just as your sight adjusts, there is a hint of movement and a soft focus car drives by.

Cocksedge says he felt the car needed to be included but wasn’t entirely sure how. It had to be there, he says, but not have too much presence and since the car is a moving object it made sense for it to be in motion.

The car, the 6 Series Coupe, is projected on the white wall and only visible from within Sestoseno. The idea is that through the light we see the car and through the car, we understand the light.

‘This is about the magic and the wonder of light,’ says Cocksedge. ‘How you can get light to glow and how to almost disguise the technology – make it invisible to the eye.’

The designer also confesses that he wanted to create a contemplative space for people to come to for a moment of peace between the chaos of the week-long Milan show.

Sixty six of these limited edition Sestoseno light sculptures will now be produced by Flos.

Read our other reviews from the show: Mutant Architecture & Design, Royal College of Art’s Intent and Highlights of the Show.