Ai Weiwei has become internationally recognised for much more than his art. The Chinese artist’s persecution by Beijing has raised awareness – and concern – amongst the international art world over the darker side of the regime. It has in turn made Ai one of the most significant cultural figures of his generation, in China and internationally. 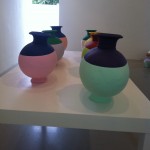 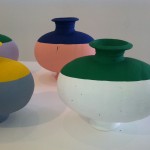 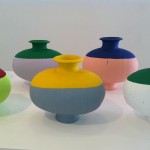 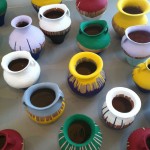 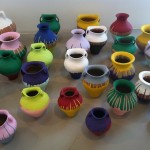 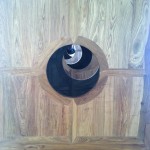 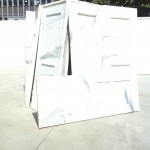 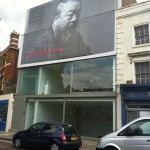 Following on from his Unilever series commission Sunflower Seeds at Tate Modern, this latest exhibition at London’s Lisson Gallery is a show of his sculptural and video art – a chance to view a number of key works that demonstrate the range and sensibility of the artist.

Using a variety of formal languages with both traditional and innovative methods of production, Ai links the past with the present and explores the geopolitical, economic and cultural realities affecting the world with humour and compassion.

Amongst the work on display at Lisson are Coloured Vases. Created in 2009 and 2010, the two installations represent groupings of 7 and 31 Hans Dynasty (from 200DV-220AD) pots covered in industrial paint. Ai’s continued desecration of these vases could represent his anger at the organised destruction of cultural and historical values that took place during the Cultural Revolution when everything old was replaced by new.

Lisson’s Greg Hilty notes: ‘These beautifully crafted, conceptually acute, poetically resonant, these works provide a concise overview of his concerns as an artist of Ai Weiwei.’

His work can be seen as a succession of gestures critiquing both commodity fetishism and the society in which he lives.

Among numerous international projects planned for next year are exhibitions of Ai’s photographic works at the Fotomuseum Winterthur in Switzerland, and his architectural projects at Kunsthaus Bregenz, Austria.