Peter Horbury has a long history with Volvo. As creative director in the nineties, the Brit was the vanguard of its design change where organic forms, and curves, replaced boxy shapes.

In 2004 Ford, who then owned Volvo, persuaded Horbury to run the Ford North America design operation, which he did, only to return to Sweden in 2009 to resume his previous position. His mission now is to help give the 84-year-old company a strong design direction under its new boss the Chinese firm Geely. 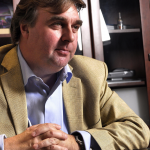 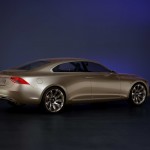 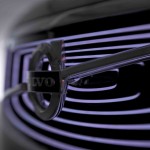 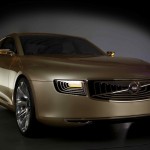 We caught up with Horbury last month in Shanghai as he showed us Volvo Concept Universe, the first car to be conceived under Geely. This is only a bed of ideas with the ambition to move the brand further away from its association with boxy estates.

Design Talks Concept Universe features a rather ornate grille and light treatment that, you say, was inspired by Chinese writing and sunsets.

Peter Horbury The front of the show car was inspired by the spears of sunlight that appear from behind the moon. This came from an email conversation I had with chairman [Geely boss Li Shufu] following a meeting in Sweden.

The Chinese have the festival of the moon where writers and artists gather together and drink and write and paint to celebrate the moon. And the front end of this car is very much about the mystery of looking beyond the stars.

DT This sounds completely different to, say, how a European design centre would typically operate.

PH Yes absolutely. Chairman Li himself will send a poem or some music now and then to inspire us. He will talk about the stars and planets. In China the moon and the sun are very significant and if you see them at the same time it is extremely good fortune and they think nothing of translating this into product design. We love it and it is a very healthy way of looking at design.

When I talk about the sudden streaks of sunlight that appear from behind the moon and the total eclipse as it is just about to end our Chinese colleagues love it. They see it immediately. In Frankfurt they would think I am crazy!

DT What made you decide on the proportions of Concept Universe?

PH In China it must be a three-box sedan [saloon]. We are here to find out to gage the public and the market as you get thousands of people with an interest and then we can feedback.

DT What about the interior?

PH The car has no interior yet as we’re showing this at another stage – we wanted to concentrate on the profile of the exterior.

DT Volvo is very much a Scandinavian company, a culture in which luxury has a very definite interpretation. How does that marry into the way the new China embraces luxury?

PH Yes Sweden has a different approach to luxury. Many of my Swedish colleagues deny that they allow themselves luxury – this is not allowed there. But where on earth does a 44ft yacht not constitute luxury!

It isn’t seen in the same light as an American or European guy who would sit on it in the harbour drinking champagne as the envious crowd wanders by – the luxury isn’t in owning the yacht.

To a Swede a family picnic on an island off the coast of Sweden, which is totally inaccessible, accept for those with a boat is luxury. The experience is the luxury; the end is the luxury, the boat is only the means.

DT But what about china’s needs and wants?

PH We see China changing as rapidly as any country in the world. You know they have to redraw the road map of Shanghai every three months. They are going through what we did in seventy years of driving cars in just ten. So what is it to say the bling bling of today will not be the poor taste of tomorrow?

DT How will Volvo answer these needs?

PH We sell Scandinavian luxury that is based on simplicity, great craftsmanship and material, and if we can bring this into this car world, then we’re succeeding.

We asked Georg Jensen to visit us today because we see other opportunities with another luxury Scandinavian brand breaking into China and maybe we can use some help with each other because we’re selling a similar ideas.

On this show car the surface treatment is minimal but beautifully crafted and to me this reflects the same ideas as Jensen table wear and jewellery.

DT This all sounds wonderfully simple, but how do you help evolve taste?

PH We may have to teach the Chinese that this is something worth looking at. But I think they will be developing into a much more sophisticated market than some of the brands that have been popular here understand.

The Volvo S60 is not adorned with too much decoration but we were told it is not sedan enough for the Chinese buyer, and coupé like in the rear, but as soon as it hit the market the Chinese wanted this architecture.

Here we just don’t know what the market requirements will be in three years compared to today. If a coupé roofline was unacceptable a year ago and is now hugely popular. That is an awful lot to keep a track on.

DT Volvo has noted it  has to double its volume by 2020 with China at the core of this ambitious plan. With so much attention on the Chinese market do you run the risk of alienating others?

PH I agree we have to be careful not to turn our attention away from our other markets. We can’t craft a Volvo that is only right for China because these are the guys with the cash!

DT You have worked hard to move Volvo’s design identity away from the boxy estate and station wagon.

PH Yes we want to break from our boxy identity but not lose track of who we are.

DT Do you the new input from your Chinese partners will impact on your design?

PH We were in the Chinese market before but now we have Chinese colleagues who allow us a little bit more of an insight into how the Chinese think. We get into so much more of the less technical side, more into the ethereal, the emotional. They have 5000 years of unbroken history here so a lot to refer to.