Emerging architects are faced with real issues that demand some innovative thinking. Here three young designers from the Royal College of Art in London explain how they hope to make change with their graduate show projects. 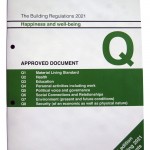 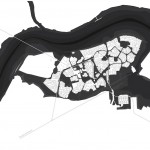 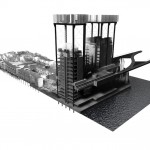 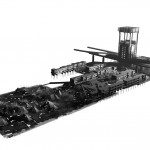 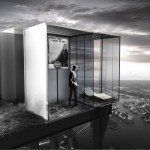 ‘From April next year we will start measuring our progress as a country not just by how our economy is growing, but by how our lives are improving, not just by our standard of living, but by our quality of life,’ stated UK prime minister David Cameron on 25 November 2010.

Could a failed vision of utopia be sustained through a re-appropriation of aspiration values?

It’s 2021. The British government’s newly-established Office of National Well-being has partnered with the Office of National Statistics. Private enterprises begin to adapt a set of tactics in order to convince local authorities of their capability to provide the best realisations of the governments’ happiness targets.

Candy & Candy [developer of luxury residential building One Hyde Park in London], look toward Thamesmead – an area with the highest levels of negative equity, mortgage fraud and repossessions in the capital – as virgin land for lucrative investment towards creating its very own twenty-first century Happy Grosvenor Estate.

What if private enterprise exploited the happiness index?

This project speculates on the developer Candy & Candy turning its focus away from the luxury market and towards social housing.

By designing in value plucked from the happiness index and establishing a funding partnership with Coca-Cola’s Institute of Happiness, a new saccharin social housing model begins to emerge in a Thamesmead divided up into an archipelago and reliant upon the arrival of Crossrail.

Foreign refugees living in London struggle to become integrated with public services, including the National Health Service. The range and severity of medical problems faced by these transient groups are greatly increased as a result of the less developed health services in their countries of origin, and compounded by the traumatic conditions which forced their exile into the UK.

The Refugee Hospital is an independent institution where refugee patients can access free medical treatment provided by doctors who are themselves refugees. This allows the effective treatment of medical conditions which are rarely seen amongst the host population, by doctors who have experience in treating them.

The hospital also functions as monitoring centre for global heath trends, as well as highlighting the inequalities between heath services of different countries. These issues are exposed and presented to public and political audiences as means of raising awareness and inciting change.

In the last twenty years, Chinas has become prominent on the global economic stage. However, its cultural status is still lacking in comparison. How then can architecture be used to promote, integrate and display Chinese culture within the City of London?

Nostalgic repetition of cultural references can no longer provide a viable strategy for integration between Chinese and British cultures. Now cultural relationships will dictate the future of this integration.

The Ministry of Chinese Culture, located near Bank [in the heart of the City], celebrates the colossal and pervasive phenomenon of ‘Made in China’ as a telling and contemporary element of Chinese culture.

This ‘excessive manufacturing’ will be displayed in this Ministry, part of a London-wide masterplan of over 30 ministries which aim to promote Chinese culture.

Craig Allen, Luke Smith and Pierre Shum exhibited as part of their masters in architecture at the Show RCA 2011.  Read our report on the Vehicle Design Show published in Wallpaper*.