With the lost glamour of air travel, holidaying by car can be rather fun – there is something idyllic about a road trip. Jack Kerouac captured the shear romance of it in On the Road – consumed, almost devoured in our innocent teens. The right car, off course, helps – one that somehow aesthetically complements the chosen route and enhances the driving pleasure of the trip.

This summer’s road trip saw us venture around northern France through Normandy, and our transport for the week, a Spice Orange soft-top Mini Cooper powered by the company’s latest two-litre sporty diesel engine. It came with the special Chili pack that included the latest navigation system and some of the top-end specs the marque offers including soft black leather sport seats and larger 17” alloy wheels. 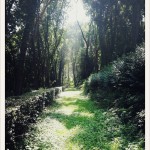 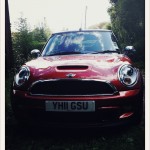 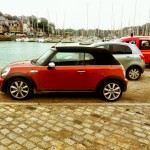 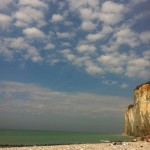 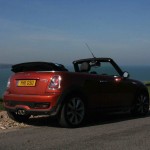 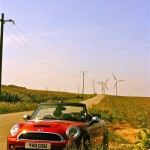 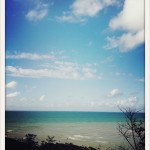 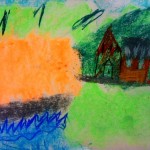 Crossing the English Channel has been made a breeze with Eurotunnel. It is so effortless and a quick – a simple 35-minute ride from Folkestone to Calais. Relying on a combination of old fashioned analogue maps, and modern-day navigation system finding our way in the pitch black dark of the night, through the narrow winding roads of northeast Normandy in search of our first night’s accommodation was an easy enough task. We arrived in comfort to the old farmhouse perched on a steep cliff overlooking the Channel waters at the edge of the picturesque village of San-Pierre-en-Port.

Normandy is inextricably linked to the Impressionists – its dramatic chalky cliffs, soft blue sky and sea, meadows and Gothic churches instantly recognisable in the paintings of Claude Monet and Pierre-Auguste Renoir who lived in these quaint villages.

The following day we drove through the landscape of fields, woods and rivers that reflected a continuously varied light towards Giverny. The Mini offers a fun drive – the engineers have retained the almost go-kart driving feel of the original 60s car. Roof down, the cabin is peaceful and cosy, our soft leather seats hugging us in place, music playing from our iPhone playlist on the stereo.

At the centre of Mini’s interior design is the oversized instrument display that houses the navigation map with its stylish graphics, sound system and more around which sits the speedometer. The designers have been clever in creating a playful environment that doesn’t defuse from the essentials of driving.

Home to Monet, Giverny is like stepping into one of his soft-focus painting – the village is a homage to its most famous resident. Next we headed to St Martin de Boscherville to visit the magnificent Romanesque St Georges de Boscherville abbey and then onto the Fécamp.

The fishing port’s main claim to fame is the Benedictine monastery. First made in 1863 by merchant Alexandre le Grand from an old monastic recipe, the sweet syrupy liquid continues to be distilled in this over-decorated, albeit magical 19th century Palais Benedictine. This is pure fairytale material.

Mini, in its second reincarnation under BMW, has been one of the most incredible success stories in automotive history, selling two million worldwide. Its success was so much so that the Mini One and Cooper hatchback models were soon joined by a convertible, then the larger Clubman followed by a chunkier Countryman and now the Coupé (which we are about to drive around Austria this week).

They all come with extensive engine options for all kinds of driving including the very sporty John Cooper Works (JCW) and a Mini E electric car. The sculpture presented at the Milan Furniture Fair earlier this year is an interesting demonstration of the evolution of brand Mini.

Today’s Mini hatch is clearly a larger car than the original Sir Alec Issigonis-designed car of the 60s. We have strict occupant and pedestrian safety regulations now which have a major impact on the size and bulk of cars, placing a great deal of restriction on the freedom of design.

Yet Frank Stephenson, who won the original design competition back in 1998, kept the essential DNA of the car. He told me a little while ago how he imagined the 60s Mini a decade older, then another, then one more and how it would look as it matured. This may be a larger car but the proportions and the aesthetics inside and out pay clear homage to the original Mini.

Mini introduced the first convertible model in 2005 at the Paris Motor Show. The car we drove in Normandy has progressed visually but it retains the essential design introduced back then. This includes the rather lovely thick fabric roof – the cloth seems to indicate a more romantic, frivolous drive. Automatically lowered, it can be both a sunroof and a full convertible folding neatly at the rear.

Driving around northern France, roof lowered, we were greeted with smiles and glinting eyes by innumerable passers by. Like the Issigonis creation, the twenty-first century Mini’s friendly face invites passers by to engage. This is a fun car that doesn’t take itself too seriously yet offers the sort of environment and driving experience you would expect from a more serious, grown-up car. Most importantly it was a perfect road trip companion around Normandy.