It is fascinating stuff to watch the building of a car company, especially one that will no doubt make supreme road cars to rival those made by German and Italian firms who have been in the business for almost as long as the life of the motor car. This is exactly what McLaren is doing. The maker of winning Formula One cars is now fully committed to building road cars. And the car making side has been given its own specialist company McLaren Automotive virtually built from scratch.

At the heart of McLaren thinking is its boss Ron Dennis. Dennis is the Steve Jobs of the car world – he is a single minded, notoriously perfectionist man with visual sensitivity and an astute understanding of the product and the market. Every part of McLaren, be it the F1 cars, the 12C road car, the McLaren Technology Centre headquarters that is something out of an Ian Fleming novel – even the sculptural flower arrangements there and contemporary art dotted around – bear his fingerprints. 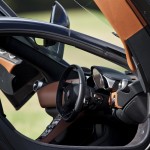 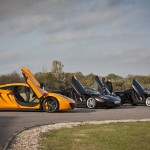 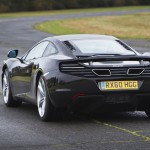 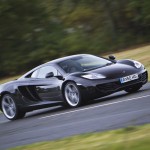 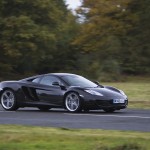 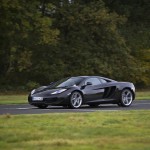 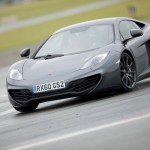 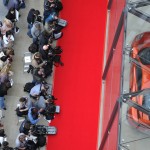 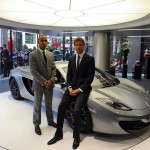 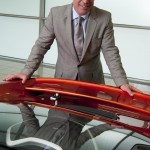 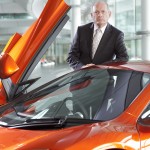 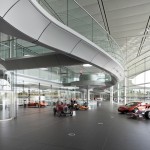 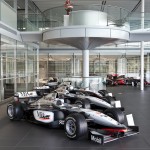 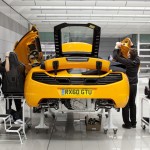 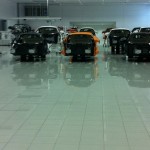 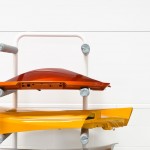 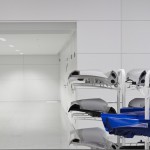 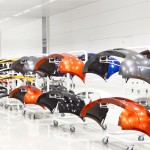 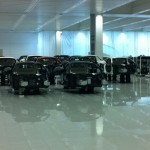 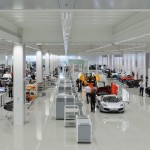 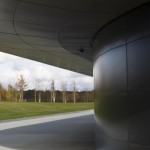 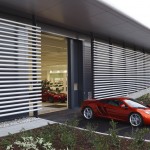 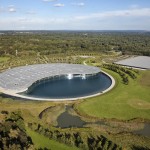 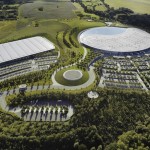 I am here to visit the new car factory McLaren Production Centre, also designed by Foster + Partners, which is almost completed and sits in the same ground as the MTC headquarters. A tunnel will join these two facilities but for now I’m chauffeured across the green land that divides the two Foster buildings.

It took one-and-a-half years to build MPC (read our preview) with a total cost of around £66m. In all fairness the word factory is probably the wrong choice for this stylish and spotless facility. Sadly we are unable to show images or say too much about this building at this stage since this was a sneak preview before the official opening next month, but suffice to say it is one of the most pleasant car making facilities I’ve visited.

To start with there is very little automation on site. The assembly line is devoid of the usual conveyor belt and McLaren has decided against the use of robots – a dominant feature in most modern car factories. What this means is that there is hardly any noise pollution and the premise remains cool thanks to the lack of heat generating equipment and the open-plan layout.

It is also spotless with Dennis specifying special loading trays that hover above the ground so that every area can be cleaned by his army of experts. This is a practice he has inherited from making F1 cars that require this degree of cleanliness. Other notable features include special stands, designed by Dennis himself, to exhibit the components much like a work of art before they are assembled. In fact the building is a sort of homage to the ‘art of car making’.

Currently MPC produces McLaren’s first road car the 12C – 260 of these have already been assembled here with 2,000 expected by 2012. The cars are almost hand made and the numbers are low to keep the novelty factor high. Next year the firm will introduce new models as well as variations on the 12C – a convertible was hinted at – and all these cars will be built at MPC.  The building won’t change until 2020, we are told by operations director Alan Foster, as its highly flexible layout means it will be able to cater for the new models and increased volumes.

Now to the cars, McLaren has been extremely secretive about the 12C’s hotly anticipated siblings which are the work of design director Frank Stephenson (the 12C was already almost complete when he joined the team in 2008). Over coffee back at the HQ he reveals that whilst I was driving the 12C around the track, he signed off the design of two models with Dennis. They will be a high-performance hypercar – a spiritual replacement for the iconic McLaren F1 of the 1990s – and a smaller sports car that will rival the Porsche 911, he teases.

Stephenson is visibly excited about these cars. The design ‘is a big jump from the 12C,’ he says with a glint in his eye, highlighting the word ‘big’. Everything is purposefully built and the cars will be reduced – ‘we are shrink wrapping the car’ as he puts it. ‘It is a new interpretation for aerodynamics,’ he continues referring to his company’s expertise in this area through their F1 cars, ‘something you’ve never seen before.’

Sadly at this stage little else is revealed about the cars – in this competitive market it is essential to keep up a degree of excitement and anticipation.

The MPC officially opened on the 17 November 2011.

Read our interviews with Frank Stephenson on the 12C design and interiors. Also see the link to our preview of MPC published in Building.