Honda caused a stir back in 2006 when it first introduced the European Civic. It was a radical departure in terms of design with a futuristic exterior that was deemed more in keeping with European taste. The redesigned 2012 Civic is an altogether more self-assured car, introducing elements of its Japanese heritage especially in some of the exterior detailing.

The Civic, built at the firm’s Swindon factory in the UK, is pivotal to Honda – since 2006 as many as 650,000 have been sold worldwide and forecasts for the new model are at around 100,000 units next year. It is therefore vital that the ninth-generation Civic has the same popular appeal. We met with chief designer Daisuke Sawai and Tsuchiya Takeshi in charge of electric design to discuss the 2012 Civic design. 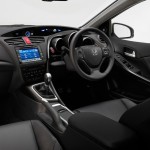 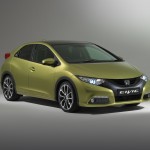 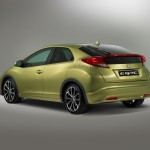 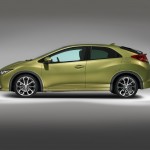 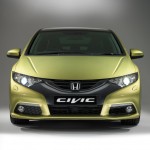 Design Talks. How do you approach redesigning an iconic and important car like the Civic?

Daisuke Sawai. The Civic is an icon car for Honda – you could say Honda is growing with the Civic – so it was very delicate to approach the redesign. The 2006 car was such a successful one in terms of design and at the beginning I felt huge pressure. We have tried to maintain the basic values of the Civic but adapt it to the new era, implement new values that are important to today.

DT. The previous Civic was revolutionary – very Japanese in its futuristic, almost sci-fi aesthetic. What was the thinking behind the design thinking?

Tsuchiya Takeshi. Each Civic has to have its own mission. For the 2006 Civic it was to bring back the advanced and sporty image of the car. We felt that we had concentrated too much on the emotional side at the expense of interior design and space. So for the 2006 Civic we wanted to have a very advanced and futuristic design to bring back the youthful identity of the car.

DT. The new exterior design feels a little safer, almost tamed. Why did you decide to take a more evolutionary approach this time?

DS. The previous model was meant to shock the customer. Times though have changed, environmental values are more important and people are becoming more rational. The design is an expression of these values. So it remains dynamic but suggests how clean this car is through its design.

DT. How do you feel this clean, lean identity has been expressed in the design of the car?

TT. We have tried to integrate this into the basic Civic shape of the previous model, as when we speak with customers they seem to value the exterior design the most. At the front we have now tried to make it cleaner to express this aspect of the car. This is also why we have enhanced the aerodynamic side of the car. At the rear the lights are highly aerodynamic. The 2006 already had a recognisable rear light/spoiler combination but now it is much more distinctive. We have kept the mono-form design but not integrated the grill front headlight combination like before. This time it is more about expressing the car’s wide and low sculpture.

DT. This is clearly a key product for you. How did the design process take shape?

DS. We started the research in 2007 a year after the launch of the last Civic. The design competition involved both European and Japanese designers who all worked on the project from Japan. We made four full-scale models representing four directions early on in the project. This one we chose was somewhere in the middle. We had even more aggressive approaches but also some quieter designs.

DT. From the images I’ve seen the winning design had a dramatic front light design that emulated the 2006 model. Why didn’t you introduced this aesthetic to the production car?

TT. From an engineering point of view it would have been possible but we wanted the car to be more in-line with the Honda family. The face you see now is our design DNA and it is a shape that we will keep for some time. We needed to create consistency in the design of our cars. We also didn’t want to build a car around the front lights but integrate the front lighting with the fender or bumper line to express the clean surfaces and the cleanness of the car.

DS. The Japanese aspect is the harmony between man and machine. Off course design trends tend to become more exotic, especially for industrial products like an automobile, which has to respond to the environment, and we have therefore tried to bring man and machine closer together.