Many of us form an intimate relation with our cars, especially if it’s something we’ve saved up for. You want to know about its origin – how it was made, who was involved. Marques like Rolls Royce and Bentley survive on creating a narrative to include the making of the cars, the story of the suppliers, the ecological thinking, that together allude to the ultimate level of craftsmanship.

It is within this world where cars like the Bentley Continental GT are born. This two-door grand touring coupe is Bentley’s saviour product. Before this, the British firm – owned by BMW – was running the risk of becoming associated with rather safe and slightly dull cars made for less youthful wealthy customers. 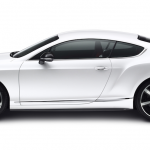 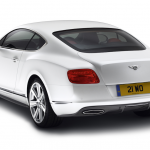 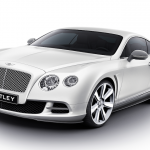 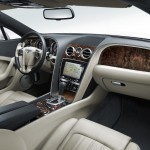 The decision to introduce sexier models like the GT in 2003 and later the convertible GTC was a wise one as it helped introduce the brand to a younger clientele and one that includes buyers in newer markets like China and Russia. It also opened Bentley to female customers.

The second-generation GT was first shown to us in 2010 at the Paris Motor Show. The brand new model features new body panels and glass. It continues the signature styling cues of the 1950s R-Type Continental, with sharper feature lines, some refined body surfacing, a shallower glasshouse to give a sportier impression, and even more attention to detail to make this car noticeably more hand-made than the previous model.

Head of exterior design Raul Pires compares it to a sharply tailored Saville Row suit that is clearly not machine made. ‘You can see this in the front-end where you don’t see any shut-lines. It is almost like working with one sheet of metal, sculpting it,’ he explains. This has also been achieved with intense attention to detail such as door handles that are discreetly mounted on the side character line blending into the pinch and distinctive headlamps, the outer lenses are daylight running lamps.

So what is it like to drive this car? A few weeks ago Bentley was kind enough to lend us the 2011 GT. Dressed in Sequin Blue, this is a slick looking car noticeably leaner and more toned than its predecessor.

It is in the interior, though, that the Conti excels. Our test car sported soft cream leather seats that were so snug, hugging us in place. The use of thinner seats has added 46mm to the rear legroom. ‘Inside we wanted to show that the car is almost handmade,’ says Pires.

The instrument panel is stylish – almost retro in how it borrows from yacht design of the 30s and 40s. You can almost imagine Cary Grant behind the wheels. The media interface features a wider digital screen with touch sensitive controls that almost give a little bouncy feedback. The steering wheel is covered in soft leather; the dials are shiny chrome and the dash a single slab of wood.

The smell is of timeless luxury, of leather and wood. There is some really theatrical ambiance lighting that makes warm days seem cool, and cold nights feel warm. Everything in the cabin has been designed to please the senses. Head of design Dirk van Braeckel once told me with the GT he ‘wanted to seduce visually with the first glance.’

Bentley is unveiling the powerful V8-powered version of the new Continental GT at the Detroit Motor Show at the start of 2012.