A month before the Geneva Motor Show a few of us were called to Park Royal Studios in West London for a preview of Infiniti’s latest design study. Emerg-e joins the 2009 Essence and 2011 Etherea – collectively they speak of the marque’s design direction.

To put all this into context Nissan’s luxury arm, which existed in the US as a premium brand, entered Europe in 2008 – the move prompting a much needed rethink of its design language.

The cars were introduced gradually to key European countries supported by identical showrooms, all carefully designed to resemble luxury boutique hotel lobbies (for more on this read our report on Infiniti).

Nissan group design director Shiro Nakamura called Infiniti at the time ‘the seductive alternative’. And it is with cars like Emerg-e that the marque aims to seduce buyers of established premium European brands.

The name Emerg-e refers to an emerging concept for sustainable mobility that merges the conventional combustion engine and the electric powertrain. This is a fully engineered prototype featuring a range-extender drivetrain mounted mid-ship, and in the flesh it certainly makes its presence known.

We caught up with the main trio in design Nakamura, Francois Bancon of advanced design and head of Nissan Design Europe Victor Nacif at the event. Here are some of the images from the day and the full report which was published in Car Design News. 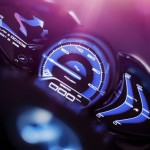 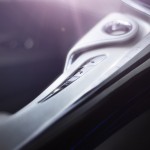 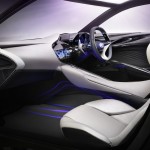 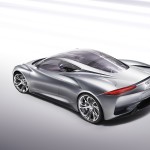 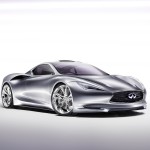 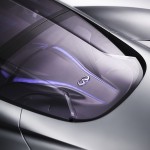 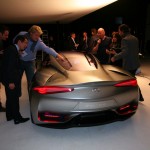 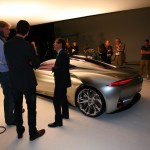 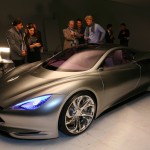 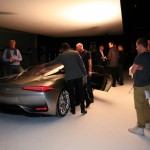 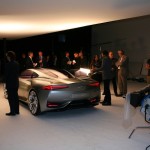