Finding beauty in complex mathematical data is essentially at the heart of one of the latest art/car collaborations. Japanese digital composer and artist Ryoji Ikeda has translated the entire data of the new Honda Civic into an audiovisual installation with intriguing results.

Exhibited at MUMA (Kraftwerk) on a bespoke 20-meter by 4-meter wall – the giant robust concrete warehouse in East Berlin admittedly adding to the theatrical drama – data.anatomy[civic] is a twelve-minute video art with sensual fast-moving imagery and hypnotic music. It is a visual and sensory treat. 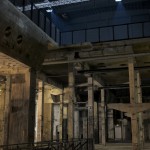 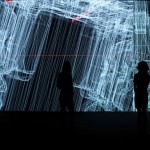 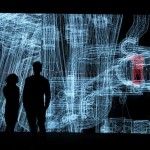 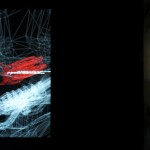 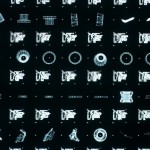 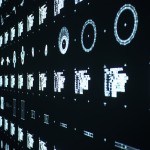 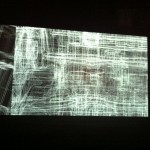 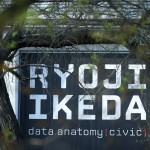 The project started in early 2011 with development leader of the new Civic Mitsuru Kariya allowing Ikeda complete access to the CAD data of the car. ‘This information is confidential and top secret like a CIA file,’ muses the artist following the screening, ‘and we felt huge responsibility.’

Then came the difficult task of translating it all into visual and audio form. ‘When I saw the data I felt like a microcosm – it is so detailed,’ he says. It took around 3000 engineers over four years to create this. ‘And I had to respect what they do.’

Working with his team at the studios in Paris and Tokyo, Ikeda analysed the data and began to compose his work. ‘A Civic consists of thousands and thousands of tiny parts,’ he says. ‘It is like a human – there are so many organs in it – and that inspired me.’

Asked if the sound triggered the music or the music the sound, Ikeda notes that the process was essentially democratic. ‘The colours, frequencies, music – all come together. It is mostly a mathematical operation.’ Honda’s Kariya later remarked that he could almost see the engineers and designers involved in the project in Ikeda’s installation.

Ikeda’s compositions often involve visualising complex data – subject matters have included NASA – although with Honda the process was more complex. He explains: ‘It was the little things – the tyre, the wing all three-dimensional figures – having to translate all this data into my computer language first.’

He insists he worked with the entire data and took almost a crash course in car construction. ‘I knew what the data meant,’ he assures me. ‘You are watching entire parts but the frame set is so fast your brain cannot make them out.’ Every single part is used in the installation.

Ikeda believes data can be beautiful. ‘It is pure information. This is very abstract – a pure mathematical model,’ he adds.

He admits that the Honda team have created a substantial and functional product. ‘I’m making art, which is useless, but to be enjoyed. You can’t find meaning. You can say its enjoyable, boring or whatever – it is just art.’

But why work with data? ‘This is very contemporary technology and I am doing contemporary art,’ says Ikeda, before adding: ‘I’m not doing paintings and it is very natural to use this technology.’

Commerce will always be flirting with art. In many ways they need each other to survive – one for creative recognition, the other simply to survive.

In the case of data.anatomy[civic] and others that we’ve reported on – light designer Paul Cocksedge’s collaborative lamp with BMW Sestoseno shown at Milan last year and the Mini-sponsored sculpture this year – the viewer almost needs to eliminate the sponsor and judge the work in isolation.

In this context Ikeda’s installation is a simple celebration of the intricacy and complexity of car making – of technology and of aesthetics where data almost becomes alchemy.

data.anatomy[civic] is on at MUMA (Kraftwerk), Berlin until 1 May 2012. For more information visit here.