As consumers we are almost spoilt for choice when it comes to car buying – never in the history of the automobile has there been so many varieties on the market. Much of the new breed of models has been created with some of the new, and highly lucrative, markets in mind where customer needs and desires tend to be different to the more established ones.

This is where BMW’s new 6 Series Gran Coupé fits in – the marque’s first four-door coupé that sets out to combine the elegant and sporty appearance of a classic grand tourer with the added space and functionality offered by an executive saloon. This niche car will join the premium 6 Series family that currently includes the two-door Coupé and Convertible. 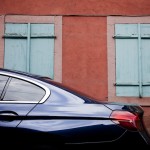 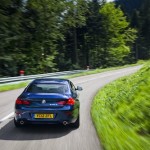 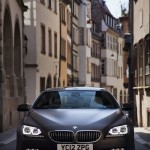 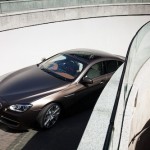 That Gran Coupé is based on Concept CS, shown to us at the Shanghai Motor Show in 2007. It was a handsome design that was promised as the 8 Series production car, plans for which were sadly axed in the economic recession. Keen to do something related to the CS, design director Adrian Van Hooydonk and his Munich team revisited the design years later concluding it as the Gran Coupé.

On the road this is a very handsome car, immediately capturing the main design cues of a classic grand tourer coupé – elongated bonnet and sweeping roofline. It is also a smooth operator as we were to discover when we drove the car from the BMW headquarters in Bracknell, to the heart of Champagne country, an overnight stop over at Reims, and up through glorious lush Alsace to Strasberg.

Suffering from a cold, I was impressed by how quite and comfortable the cabin was; the smooth chassis offering the steady ride of a grand tourer both on the motorway and through snaky mountain roads of Alsace.

It is also a practical car with a very spacious cabin that sits four adults comfortably. The wheelbase has been stretched so that it is 113mm longer than the 6 Series Coupé on which it is based. With the rear seats folded, the 460-litre luggage area expands to 1,265 litres. Even with four seats in use the boot will accommodate a couple of golf bags, while an optional through-loading hatch allows for a pairs of skis – for the impromptu sporting activity that is.

This being BMW, the car comes with a host of luxuries as standard, but you can also specify some extras such as a Bang & Olufsen sound system developed specially for the 6 Series. It creates a natural sound from 16 speakers distributed around the cabin. And put to the test, the sound quality is pretty outstanding.

The customer who requires even more personalisation can opt for BMW Individual, which is basically the equivalent of a personal shopper for your car so you can choose your own colour and trim combination in the cabin and mix up your own exterior paint. All this, off course, within limits.

The Gran Coupé is a niche car with BMW hoping to sell just 700 in the first year. Purists may frown but in the real world, and in the larger consumer market, some customers want to have the best of both worlds. Yet away from the marketing talk, there is genuinely something compelling in the idea of a coupé that marries this evocative, carefree sporty look with the practicalities of a larger car.

BMW isn’t alone in thinking up such a package. Audi’s A7 and Mercedes-Benz’s CLS, as well as Porsche’s Panamera and Aston Martin’s Rapide to some extent, also target the young-at-heart (and fairly well off) who’s lifestyle requires a more practical automobile layout – hence the four doors, roomy rear compartment and large boot.

This is something that no doubt customers in markets like China will be drawn to; but equally in Europe and especially in the US, the package will find admirers. After all this allows for a bit of frivolous fun, in an otherwise responsible adult.