The world’s population is moving to cities on a scale never seen before and the burgeoning megacities simply demands a new approach to mobility. Admittedly it has been revealing witnessing how carmakers have reacted to this. Some have put their hearts and souls into it; others have sat quietly on the fence waiting to see how the story unfolds. BMW is amongst the former group. This is a company with engineering at its core and it makes sense for it to embrace sustainable technology in the same way.

At the heart of this is the i brand. The same way M stands for BMW’s performance arm, i is a sub-brand for the marque’s ecological mobility. So far the fruits of this venture have been conceptual studies, but come 2013 and we will finally see the all-electric i3 on our roads. 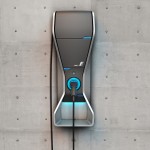 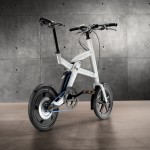 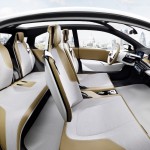 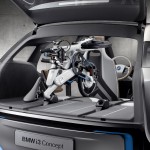 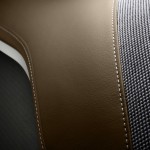 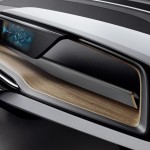 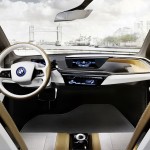 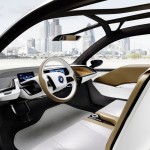 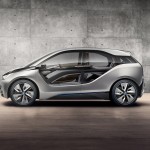 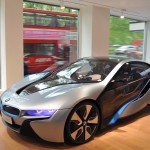 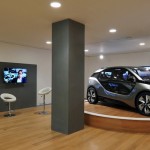 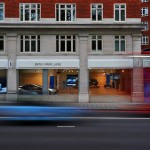 This small city car is unusual in that it is a ground-up electric car not one with added electric propulsion. This is also the case with the i8 part-electric supercar that will be in production next. These cars are built on a Life-Drive architecture that sees the mechanics, the Drive part, compactly stored underneath much like a laptop with the Life section, which is a light yet robust carbon-fibre cell, on top.

This seemingly simple layout has allowed the designers to create some truly futuristic cars that are so different from the ones we see on the road today. The form language is an expression of the clean energy that drives them, and of the lightness of the materials used.

To celebrate the London Olympics this summer, for which BMW is a sponsor, the Munich i design studio headed by Benoît Jacob has created a special-edition i3 inspired by British design. ‘We wanted to open the first i store in London with a special car with British character,’ he tells me at the opening of BMW Park Lane, a new retail space for the i cars.

It retains the i3 interior layout with its central information zone and floating dashboard, but gets an entirely new interior trim featuring natural, renewable materials. The eucalyptus wood used for the instruments is sourced from sustainably managed European forests; it is treated using natural materials, giving it a natural finish and distinctive hue. The lightweight seats are covered in sustainable wool and leather, inspired by British fashion, with a natural tanning agent made from olive leaves used to dye the leather.

‘We thought if we are to build a car especially for the London Olympics, we could take some influence from British design,’ muses Jacob. ‘We also wanted to show how we would offer the i3 production car – it will come with different characters and this is one of the possibilities.’

In the boot are mounted two i Pedelec bicycles – these compact bikes are fitted with an electric motor that tops up the rider’s muscle power with an extra dose of torque. The bicycles can be folded up quickly and the batteries recharged while in the boot of the i3.

The new showroom has also been designed to be a little different to the usual car salesroom. Light wooden floors are complemented by simple, clean white surfaces, and a bookshelf containing a selection of literature on the problems facing urban mobility, of growing megacities and so on. The message seems to be that electric cars are not just about making a profit for the company, but about the bigger picture of world sustainability.

Park Lane is also a vehicle to show the many services BMW intends to offer to support electric driving, what it calls the 360° Electric package. The details are not yet finalised but it will include bespoke charging zones, like the Wallbox pictured, and the loan of other BMW cars for longer distances that are not yet possible with electric cars. Buyers have been slow on embracing electric cars mainly for reasons of ‘range anxiety’ and BMW is looking at ways to resolve this.

Jacob believes improving driver behaviour is also part of this. ‘Electric cars are critically seen when it comes to range. The i3 is lightweight and highly aerodynamic but we also thought what if part of the solution is the human not just the product alone.’

The interior has therefore been designed to encourage different driver behaviour. ‘Other disciplines like architecture do this – the way a building is designed is taking into account how people live and move in it. The car industry tends to ignore this,’ he notes. ‘The i3 isn’t just about low emissions but also your own sustainability, your health and safety and respecting other people in the city. It is not a selfish machine.’

Jacob and his team wanted to see how far they could push the BMW design philosophy. ‘With the i this is to redefine the whole idea of premium,’ he notes. ‘Premium can be simple – clever.’

The BMW Park Lane opens to the public in July. The i3 will be built at the Zaha Hadid designed factory in Leipzig, Germany and go on sale by the end of 2013.

Read our full report on BMW at the London Olympics published in Car Design News. We reported on BMW’s initial announcement of the i project here back in 2010. Also read a previous interview with Benoit Jacob.