Clerkenwell Design Week, in its third year, is establishing itself on London’s design calendar.  The event turns this creative-focused area of London into an exhibition space with numerous product launches, installations, screenings, talks and of course parties. It is a mini Milan Furniture Fair of sorts attracting both local and international designers, and design lovers.

Over at the event’s hub in the Farmiloe Building – a former lead/glass merchants warehouse – event sponsor Jaguar put on an interesting show creating a clay model of the C-X16 in order to give insight into how creative process of car making. 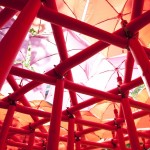 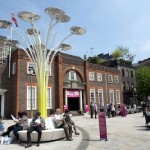 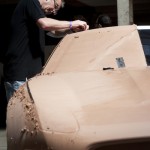 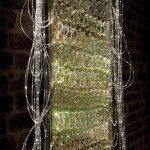 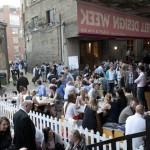 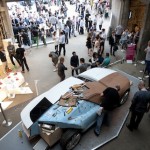 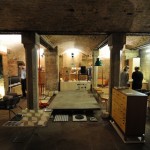 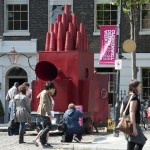 Highlights of the event included a six-meter tree by Ross Lovegrove – whose design studio incidentally is a stone-throw-away from us at DT – featuring clusters of LED lights at the tips of ten stalks.

Italian fashion house Missoni and Swedish flooring company Bolon joined forces to create an installation in the middle of St John’s Square, the entire erected house covered in the collection of exclusive woven floors by Missoni.

One highlight was a wonderful display of Portuguese design by the Colour Design Concept in the House of Detention. This new and dynamic agent and distributer specialises in Portuguese design with items ranging from internationally known designers such as Pritzker Prize winning architects Alvaro Siza and Eduardo Souto de Moura to less known craft persons and designers.

This year also saw designers from Eastern Europe represented, many of whom now live locally. These included Latvian designer Arthur Analts, who showed the Wow shelf and Led Zeppelin ladder.

Luckily not everything on exhibit was transient. A pretty cool lighting concept called Solar Tree by Italian lighting company Artemide installed in Clerkenwell’s St John’s Square will remain there until September.

After a day spent exploring, visitors cooled down with a topple of Sipsmith gin from the London distillery at Gen Lane pop-up gin bar in the Farmiloe building created by emerging London-based designers Alexander Hills and Mathew Freeman.