‘When a man is tired of London,’ English author Samuel Johnson famously said in 1777, ‘he is tired of life; for there is in London all that life can afford.’ And so begins London Portrait of the City preparing the reader for what is a sensory feast celebrating this city.

It is easy to mock London. This giant metropolis can seem unruly at times – the transport system is little shaky, the people a little unfriendly and the weather a little unpredictable which is presumably why it never seems to make the top 10 cities to live in.

Yet London is well worth celebrating in that it is in fact one of the most habitable megacities on the planet. It is relatively safe, has more parks and green patches than most large cities, and some of the best state schools in the country. 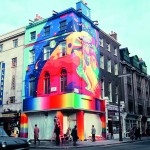 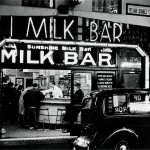 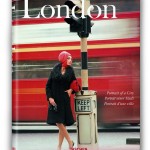 London was the first megacity – this was the first modern city to reach a million inhabitants by 1900 emerging as the imperial capital of around a third of the world. What really sets London apart from other European capital cities is that is ever changing and accommodating to modern times.

The city has assimilated the many waves of migrants that have come and continue to do so over the centuries. Much like New York City, it acts almost like a sponge, absorbing new cultures, their food, sometimes their habits, yet retaining a very unique identity.

Very few cities manage to be as versatile as London. This is a living city, a business city, a tourist city, a shopping city – it manages to be both sane and frivolous, adult and child. And it carries huge amounts of so called soft power, be it in the arts, business and technology.

London’s history is told through quotations, lively essays and references from movies, books and music. Golden captures the city’s history, its architecture, its street culture, humour and unique vibe through the hundreds of photographs – some never published – sourced from a wide array of archives around the world.

The book came out before the 2012 Olympics, but all who saw that splendid show with its multicultural yet uniquely London flavour would want to revel in Golden’s delicious pictorial history.

London Portrait of the City is written by Reuel Golden and published by TASCHEN. Order a copy here.