McLaren Automotive is an exciting company. Here we have a firm created with the sole purpose of making high-performance road cars utilising the Formula One technology of mother company McLaren. Everything it does, every move it makes is meticulously calculated for this goal. In this day and age where profit seems to rule decisions, this degree of integrity is endearing.

The P1 is the latest car to join this small elite family. Frank Stephenson calls it the ‘granddaddy’ of McLaren Automotive. ‘This is the godfather of the brand,’ beams the car designer as he excitedly ushers me towards his latest creation. It is late September and we are at the Paris Motor Show where the company’s second road car, the P1, is about to be unveiled.

This is first time the company is exhibiting at a major European car show and boss Ron Dennis has personally seen to it that the pavilion is flawless. The pristine white exhibition stand is indeed the ideal setting to showcase the bold design and bright orange pallet of this limited-edition hyper car. 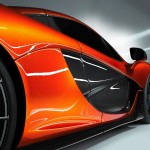 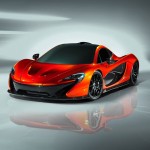 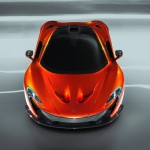 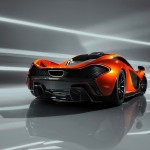 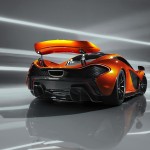 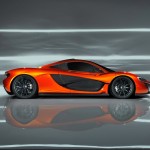 The P1 is the successor to the F1 and McLaren Automotive’s pinnacle car. It will sit above the 12C and 12C Spider – the firm’s two other road cars – in terms of both price and performance. It is being hailed as the ultimate road car. ‘Basically it is a racing car with number plates on it,’ Frank quips. Visibly delighted with his first proper project with McLaren, he continues: ‘It was a fabulous experience as these kind of projects seldom come up.’

The P1 doesn’t shy away from visual drama but it gets away with not being brash for its relative small size. It is a low car – the back end comes up to Frank’s kneecap. The biggest challenge was to keep the performance dynamics of the car so that the car isn’t designed in the way you would normally design a car.

Frank explains the process: ‘We took the performance part and almost lay a cloth over it and let it sink. This is a shrink-wrapped design language where you suck the air out of it and it starts to glue to the bulging structure underneath. It is like an athlete where you can see the muscles underneath,’ he says.

The P1 will be on the road next year priced around £700,000, and it will look pretty much like the car in Paris. Less than 500 will be built to ensure the car remains limited edition and therefore extra special. Plus McLaren P1 customers will have the opportunity to add their own individual touch.

I ask Frank if he’s had some bizarre orders so far: ‘People have some odd requests like red carbon-fibre, different colour combinations. You try to discourage them but that doesn’t always work.’ He admits that at this extreme end of the market there isn’t much you can do to make the car drive any better. ‘You’re paying so much money, what you’re getting is the best of the best.’

So what’s next on his drawing board, I ask: ‘We’re working on P13, our entry-level sports car to rival the 911,’ he says of Porsche’s popular car, before quickly adding: ‘but we’re building only around 1500 cars so it is much more exclusive.’