There is a new generation of Chinese designers creating a bit of a stir. These independent creators are openly challenging the cliché ‘made in China’ tag by introducing work that challenges old traditions, represents modern China and is at once avant-garde. Together their work is helping form a new vernacular for modern Chinese design.

Thanks to Bundshop, an on-line platforms for presenting a new generation of Chinese designers, Design Talks will be running a series of interviews with some of the key practitioners from Shanghai, Beijing, Hong Kong, Hangzhou and Xiamen.

In the first of the series, we speak with Junjie Zhang, an industrial design professor turned entrepreneur and leader of Sozen, a design group that is innovating the ancient craft form of bamboo in developing modern products. 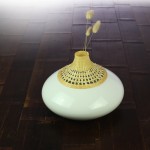 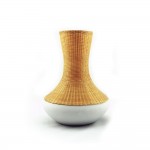 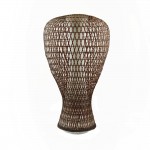 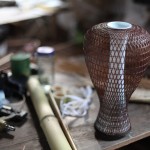 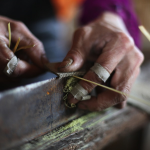 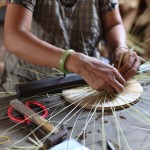 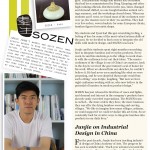 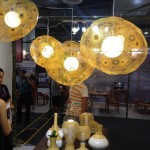 Design Talks: What motivated you to create Sozen, and why are you inspired by the traditional Chinese bamboo?

Junjie Zhang: Being an industrial design teacher at the China Academy of Arts, I took my students on a trip to see one of the oldest bamboo craftsman villages in Shenzhou. These used to be some of the wealthiest rural villages in the 70s and 80s, when bamboo carvings and crafts were valued gifts.

This particular village had master arts craftsmen that had been commissioned by Deng Xiaoping and other high-ranking officials. But then in the 90s, times changed and demand shifted, no one bought bamboo animal carvings anymore, and the workshops closed down.

When my students and I went, we found most of the craftsmen were over 50, the masters were in their 70s and 80s. They had very few orders, woven baskets for some European clients, and bamboo figures for tourist shops. My students and I just had this gut-wrenching feeling, a feeling of loss for some of the most valued artisan skills of the past. So we decided to find a way to integrate the old skills with modern design, and Sozen was born.

DT: How did the master bamboo craftsmen react when you showed them your concepts?

JZ: The master craftsman of the village is one of China’s art masters – back in the day he received the government’s seal of honour for his work. When we showed him our sketches, he couldn’t believe it. He had never seen anything like what we were proposing, and he was sceptical that people would buy such a thing. But now we have eight craftsmen working with us, who now believe in the potential of bamboo in modern product design.

We like to imagine how many villages, artisans, we could support if we could revitalize this art form. So we constantly look for creative ways to integrate bamboo into products in our daily lives.

DT: How would you describe Chinese design?

JZ: Each year advances beyond the previous years– if you compare the quality of industrial designers from ten years ago to now…well, there is no comparison the gap is so large.

Ten years ago product design was barely a major. Now you have more than 400 schools and 10,000 graduates each year. However, this generation of designers are currently trained with a purely Western eye for design. They have little understanding of Chinese history, Chinese culture, Chinese art.

The designers that started their careers in the late 90s have a unique style. Their grasp of Classical Chinese artistic training combined with studies of Western design lend to a fusion style of design that is lost among the post-millennial generation of Chinese designers.

This window of designers, now mature designers, offers the world a glimpse at the first designs born from China’s opening to the international world. It is likely to be decades before this style happens again, when the current class of industrial design students are ready to turn inwards to their roots, rather than outwards to western academic education, for inspiration.

The images show the team at Sozen bringing the versatility of bamboo into modern design with the hand-woven bamboo from the craftsmen of the villages of Zhejiang, China.

For more on Sozen visit Bundshop.

Read our report earlier of an exciting exhibition in London ‘Designed in China‘. Read also our review of Ai Weiwei’s Serpentine Pavilion here.