This is the second-generation Flying Spur and Bentley’s most powerful car. Launched a little earlier this year it has been entirely redesigned for an elegant, sober looking machine powered by an impressive 12 cylinder engine that will carry you along with grace and in near-silence.

The Flying Spur will be mainly chauffeur driven which is why Bentley engineers used a highly specialised chauffeur company when testing the car. The result is an engine that is as smooth as butter – power comes gradually, it is soft and gentle yet accelerates to 62mph in just 4.3 seconds and is capable of 200mph. 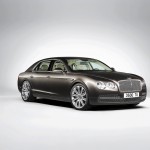 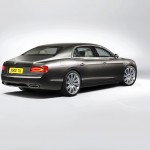 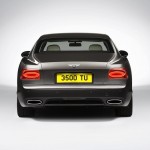 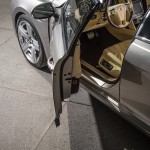 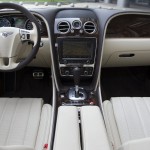 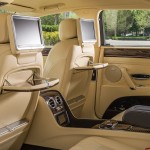 Almost 20,000 first-generation Flying Spurs were sold since 2005. With this car, Bentley is aiming at young entrepreneurs, those who prefer executive saloons, and those – I’m guessing – outside of Western Europe.

The traditional four-door saloon/sedan is having a renaissance. The sudden popularity of a style is down to these newer car markets – China, Brazil, India… – where this particular, more sober style holds gravitas in the executive world.

Given Europe’s current economy, it isn’t surprising that most carmakers are chasing these lucrative markets. This means some of the product decisions are also governed – or teased – by taste outside of Europe, which traditionally fashioned car design. Bentley is a big player in some of these territories. The company had a 22 per cent growth last year thanks mainly to China, which remains the marque’s leading market followed by the US, another market that favours saloons.

Whatever the inspiration, this second-generation Flying Spur is hard to critique. It is fun to drive, looks handsome and it transports you back to a time when craftsmanship mattered. The cabin is deliciously old school with a little nod to a more contemporary aesthetic. Here you’ll experience Bentley’s exceptional craftsmanship where polished wood meets hand-stitched soft leather and tactile metal elements fused with all the modern technology that today’s driver expects of their car.

Read our interview with global director of design, Luc Donckerwolke.