Zhoujie Zhang works with digitally generated design to create hundreds of unique steel products from furniture to vessels and jewellery. The young Chinese designer’s work is a collaboration between craftsmanship and computer generated design – between the maker and the machine.

Trained in classical arts in the rural village of Ningbo in China, Zhoujie then moved to London completing an MA in industrial design at Central Saint Martins College before establishing his practice in Shanghai. Inspired by techniques learned in London, Zhoujie set out to produce his innovative steel designs. 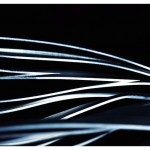 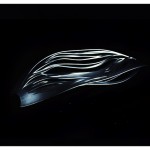 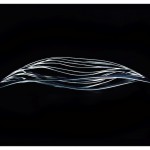 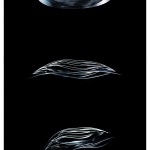 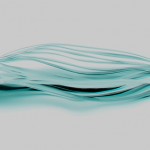 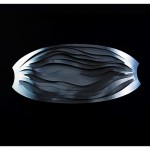 Initially factories and workshops refused to work with him, claiming his ideas were impossible to put into production. Not to be defeated, Zhoujie spent 18 months learning welding, cutting, polishing and manufacturing so as to create an in-house workshop. Every piece he creates is unique. He almost invites the viewer to take the leap with him into the digital design.

Only 28, Zhoujie has already shown at over 30 exhibitions, including in London and Milan. During his first showing at 100% Design London, his digital furniture sold out in less than half an hour to collectors and gallery owners. In the last three years, he’s acquired prestigious awards including the Elle Deco Young Designer of the Year, the IF Design Award China and the SHDC 50/100 Young Talent of the year.

Read more on designed in China and designed for China.