Should design purely concern itself with problem solving, or the aesthetics, making objects more beautiful, more usable… or should it also act as critique, agitate even? This is the premise behind an interesting book recently published by MIT Press, Speculative Everything.

Authors Anthony Dunne and Fiona Raby, both professors at London’s Royal College of Art, have been proponents of ‘critical design’ – a term they coined in the mid 1990s from their frustration at the uncritical drive behind technological progress. Critical design is essentially the opposite of affirmative design – design that reinforces the status quo. It isn’t negative for the sake of it, contrary or opinionated commentary, but offers real solutions. 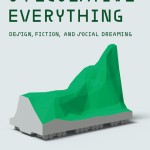 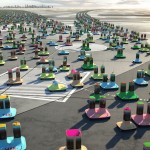 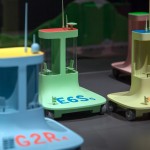 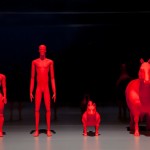 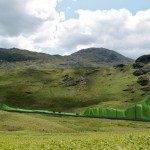 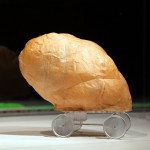 It thrives on the imagination and can encourage a free flow of thinking thus helping to redefine our relationship with reality. You could argue it’s about dealing with un-reality. This isn’t about trying to pin the future down, Dunne and Raby argue, but understanding the possible futures and using them as tools to better understand the present and therefore open up discourse on the future.

Speculative Everything argues that there is the need for more dialogue – to place design speculation in relation to futurology, speculative culture including literature, cinema, fine art and radical social sciences.

The argument makes complete sense in today’s world where design is often treated in a very superficial way, as styling (a term you often hear car companies use), the wrapper, the final selling point. This is a time when design is hugely commercialised and increasingly passive to technology. And it goes without saying that operating within a commercial world can limit the imagination, kill real creativity and leave little space for radical design thinking. And we need radical design thinking more than any other time.

Here the authors propose giving conceptual design more power. To elevate it to be more than a style option, more than a piece of propaganda for a company or self-promotion for a designer, which is what it essentially has become. I personally notice this very much in the world of cars, where companies often use concept cars as a way of self promoting their so called innovative side. It is often, not always of course, showy with very little substance.

Conceptual design does need to be more socially engaged, raise awareness, inspire, reflect, offer solutions rather than cover up existing issues – be a catalyst for change. ‘If something is conceptual,’ write Dunne and Raby, ‘it is only an idea, but that is missing the point. It is because it is an idea that it is important.’

Speculative Everything isn’t a passive book. The authors offer examples from emerging cultural landscapes. We look at scenarios in industrial design, architecture, fashion, fine art, cinema and photography as well as drawing on futurology, political theory, the philosophy of technology and literature, to see how freedom can enable designers to examine intriguing possibilities.

And there are plenty of really exciting projects going on around us that are addressing design in this manner. Only this week I spoke with a couple of designers who are almost inventing new sounds for electric vehicles that works in harmony with the urban environment. They are addressing something as seemingly simple as electric engine noise in a whole new manner working with musicians and practitioners from outside the automotive world with intriguing results. More on this later.

Ultimately Dunne and Raby argue that speculative design can be a catalyst for social dreaming.

Speculative Everything is published by MIT Press.