Can the car be more than a vehicle that takes you from A to B? This has been a subject much discussed in recent years. I remember talking endlessly with Chris Bangle, the former design boss at BMW, on this very subject – something that has been at the core of his design thinking (remember GINA?) – at a time when few car companies dared or even cared to venture into anything that signified a real change from the conventional automobile. There is more urgency now to address these issues and we’re seeing some interesting ideas floating around, and a degree of commitment from some of the larger manufactures.

Still, we’re a long way off from truly shifting our mentality. It should be up to the emerging generation of car designers to look at the profession as more than merely refining surfaces and creating yet another metallic object for individual consumption. It all feels so tired. Thankfully there are some who are shifting the paradigm.

The other day I met a couple of students studying Vehicle Design at the Royal College of Art in London who have started some interesting discussions. Yuan Fang feels that the vehicle needs to evolve to fit into the high-rise, densely populated cities of today. Zishi Han is looking at how the car can feed something back to the shantytown communities. These are college projects, but raise interesting themes on the role of the car in our future lives. 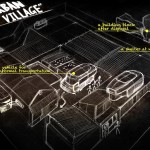 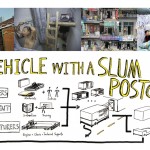 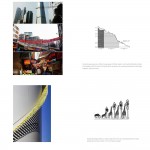 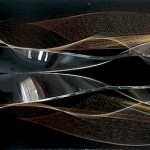 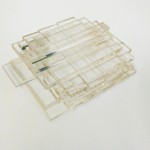 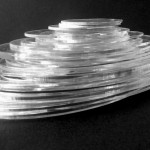 Yuan was inspired by her hometown of Shenzhen, a dense vertical megacity north of Hong Kong that was a village until 1979. Now with 15 million inhabitants, and a population density higher than Guangzhou, Beijing and Hong Kong, Shenzhen is the most crowded city in China. ‘These tall buildings shape the city into different layers,’ she explains. People have adapted to this new vertical existence spending most of their time indoors. She wants to change the form and function of the vehicle to harmonise with its environment.

Zishi grew up in Beijing where rapid economic growth has created a vast urban village – or chéng zh?ng cún, the Chinese slum. These mostly former rural villages have been swallowed up by expanding cities and house the poor and transient that, he says, ‘tend to keep their original texture.’

His idea is for an open-source system based around vehicles that improve the living conditions of urban villagers, and take advantage of what the area can offer including local material, skills and labour. He explains: ‘The system will bring urban villagers, car manufactures and the government together using low-tech production methods and locally-sourced material to produce a vehicle and dwelling in the urban village by locals for locals.’ Zishi is now working towards formulating an instruction for design and manufacturing, as well as a vehicle prototype made in his urban village.