A significant influence on the Young British Artists when he was tutor at Goldsmiths College, London – where he remains professor of Fine Art – Craig-Martin is possibly most noted for his 1973 An Oak Tree where a glass of water stood on a shelf on the gallery wall – the accompanying text using semiotic argument to explain that this is an oak tree. 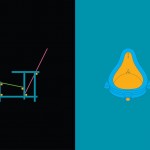 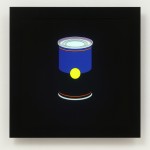 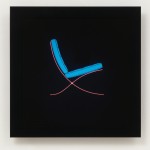 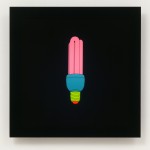 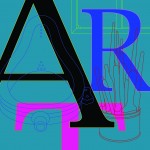 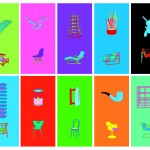 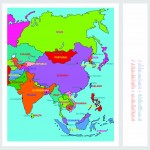 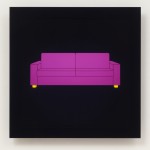 The new exhibition includes a series of 12 screenprints entitled ‘Objects of our Time’, alongside other recent editions in several different media – all of which focus on everyday items and objects from the worlds of art and design. ‘Wish List’, also curated by Craig-Martin, brings together iconic 20th and 21st century prints by major modern and contemporary artists both from his personal collection.

Inspired by a trompe-l’oeil violin painted on the back of a secret door of the private apartments at Chatsworth, Craig-Martin, for instance, has produced his own contemporary version of the violin in the form of an edition to be sold during the exhibition at Chatsworth.

Michael Craig-Martin: Objects of Our Time and Wish List is at the Alan Cristea Gallery from 28 March to 3 May 2014.