European modernism’s simplicity pivots on rationality. Modern society demanded a change in our relationship with objects, and western modernism found new forms to express this. Here modernism fought against superfluous decorative design. The simplicity of Japanese design, however, comes from somewhere entirely different.

A quite style had begun to emerge as far back as the mid-fifteenth century in Japan, following the ten year ?nin no Ran civil war that saw enormous cultural loss with most Buddhist temples and monuments destroyed. It was also around this time when Zen Buddhism was introduced from China. The ancient Japanese believed that it is in nature that we find wisdom, and that humans must live by virtue of that natural wisdom.

All of which contributes to a unique Japanese sensibility that Wa: The Essence of Japanese Design refers to as ‘emptiness’ – an emptiness that invites a variety of interpretations from the viewer. The N? mask used in traditional Japanese musical theatre, for instance, has no expression; this depends on the context of the play. To understand Japanese design today, we need to grasp this concept of emptiness, say the authors of this new book that delves deep into the cultural history of Japan. 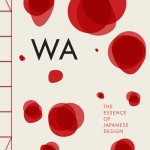 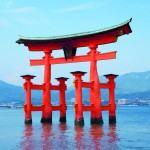 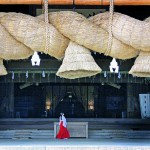 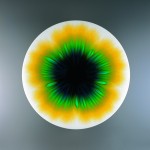 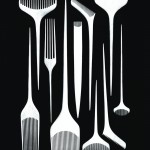 Written by leading scholars of Japanese art, design and culture, Rossella Menegazzo and Stefania Piotti, this is a beautifully crafted book that has set out to explore contemporary Japanese design through its complex cultural history. The title Wa refers not only to the simple form and natural material of an object, but also to an internal approach to craftsmanship, art and life in general, found at the heart of this culture. The six chapters pivot on the material used in design and architecture since it is the treatment and relationship with material that is fundamental to understanding Japanese design.

For instance in the chapter on wood the authors explore how the Japanese favour the material for construction for its lightness and impermanence as opposed to stone in the West that signifies solidity and permanence. ‘The material has shaped the country in a continuous process of construction, destruction, displacement and reconstruction,’ says Wa. New rulers would transfer central power to a different place and with it dismantle and rebuild existing temples in the new site. The grand Shino shrine in Isle (pictured), for instance, dates back some 1200 years ago but has been destroyed and rebuilt every twenty years.

Even though contemporary Japanese design has taken on a more global language, materials remain at its soul. It is respected in its every sense – sight, smell, touch, taste – as is the relationship between the object and the space around it, and the object and the user, hence this emptiness.

From Edo period lacquer, to wood Bento Boxes and Shiro Kuramata’s postmodern acrylic chairs – and from eighteenth century hand-painted silk robes to the deconstructed resin and polypropylene dresses of avant-garde fashion designer Yohji Yamamoto, Wa demonstrates that whilst diverse, at the heart of Japanese design lies the concepts of simplicity and emptiness.

Made with craft paper, featuring a cover that evokes lacquer, and bound in the traditional Japanese method, this is also a beautiful designed object in its own right, and it shows that there remains a place for the printed book in the digital age.

Wa: The Essence of Japanese Design is published by Phaidon and written by Rossella Menegazzo and Stefania Piotto.