The first wristwatch Cartier created was in 1904, the square-shaped Santos-Dumont bracelet for the Brazilian pilot of the same name who had complained to his friend Louis Cartier, the grandson of the founder, that he couldn’t tell the time with both hands on the controls whilst flying. It was arguably the Tank prototype of 1917, however, that set a new standard in contemporary wristwatch design.

Legend has it that Louis took visual inspiration from the small two-man Renault FT-17 light tank seen on the First World War battlefield for his prototype. Here the strap is seamlessly integrated into the bran card – as in the vertical sidebars – that resemble the parallel treads of the tank. Whether true or not, it does certainly make for a great piece of design history.

The Tank sees a perfectly square face attached to a band with complete integrity. The design is also unapologetically industrial, its undecorated vernacular echoing some of the modernist ideals, of functional design, floating around at the time.

It instantly became an icon of modern design, a standard for good taste of contemporary luxury seen on the wrists of so many a celebrity from Jackie Kennedy to Yves Saint Laurent, Rudolph Valentino and Mohammad Ali – we particularly love the petit proportions on his more masculine wrist. Later variations saw the watch stretched, narrowed, enlarged – but the original has a purity of execution that defines its timeless appeal. 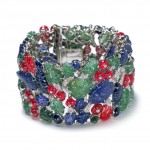 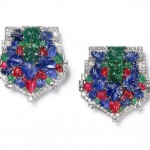 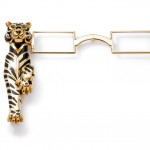 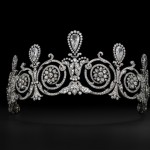 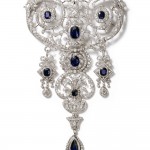 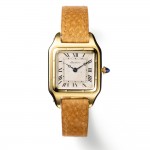 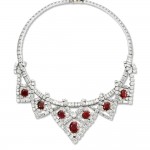 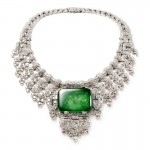 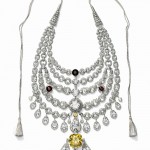 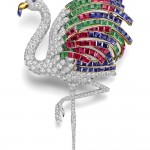 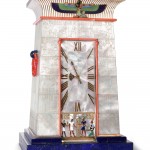 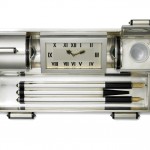 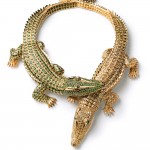 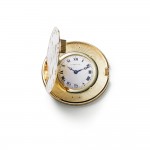 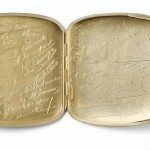 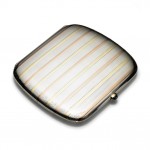 Cartier in the 20th Century is a sober account of the story of the brand in the last century told by authors Pierre Rainero, director of image, style and heritage at Cartier and Margaret Young-Sánchez, a curator at the Denver Art Museum. This handsomely designed, slipcased volume is published to coincide with the exhibition Brilliant: Cartier in the 20th Century at museum.

Drawing extensively from the rich Cartier collections and archive, it features not only a sumptuous array of rings, bracelets, necklaces and tiaras, but also cocktail and smoking accessories, mystery clocks and lavish gifts exchanged by movie stars and maharajas, all created by Cartier’s ateliers in Paris, London and New York.

Organised thematically into seven sections that take us from 1900 to 1975, the book features the jewels and accessories of the likes of Grace Kelly, María Félix and Elizabeth Taylor. Experts and scholars Martin Chapman, Michael Hall, Stefano Papi and Janet Zapata have contributed insightful essays here.

Cartier has a history of courageous design, flirting with abstract jewellery as early as 1905, later creating some true classics such as the Trinity ring (1924) and the love bracelet (1969).

There is the wonderful panther series – 56 pieces of which were re-released earlier this year to celebrate the 100th anniversary – inspired by the painter George Barbier’s 1914 advertising campaign. Three years later, Louis gave a cigarette case with the panther imagery of the artwork to his friend Jeanne Toussaint, who later joined the company as artistic director of high jewellery.

Nicknamed La Panthére for her love of the design, and bold, elegant personality, she created the first panther ring in 1935, using yellow gold and black enamel… and the panther – powerful, elegant, beautiful – became a symbol for Cartier.

Times have changed significantly since 1847, when the house of Cartier was founded. The market is full of luxury choices demanding even more of a certain something to shine.

Cartier has retained its sense of timelessness through its design – the clean-lines, precision… an almost engineered aesthetic – and through its fantastic history full of intriguing stories and colourful personalities.

Cartier in the 20th Century is published in association with the Denver Art Museum, and a collaboration between the Vendome Press in New York and Thames & Hudson in London to accompany the exhibition.