The all-new XE is one of the most significant products launches in Jaguar’s modern-day history. Under the ownership of India’s Tata Motors, Jaguar Land Rover appears to be going from strength to strength. And much like the small Evoque at sister brand Land Rover, this orms part of the company’s quest for ‘white space’ products that have global appeal and will open the marque to a wider audience.

We caught up with Wayne Burgess, Jaguar production studio director, at the Paris Motor Show, to discuss.

DT. The XE has been designed from scratch – even the architecture is new. What was your main brief for the design? 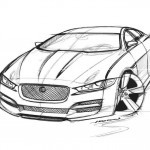 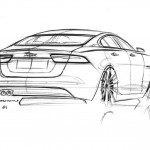 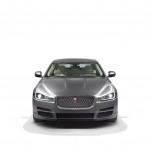 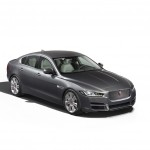 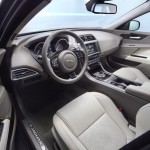 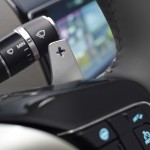 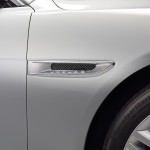 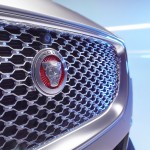 DT. How challenging was it to translate the elegant elongated Jaguar silhouette to a smaller package?

WB. We were able to really work with the proportions of the car as it has a new architecture. Knowing that is was going to be a compact vehicle we were able to consider what would make this exciting in a scale of its own. So we pushed the cabin to the rear and gave it a longer bonnet to emphases the power of the car.

DT. The XE features some of the design elements of its siblings…

WB. Yes, we have brought a level of consistency that Jaguar has never had before. The grille graphic is now a consistent theme whether you buy an F-Type, an XJ or XF. Other graphic elements that are migrating across the brand are the J Blade signature, which you can see on Project 7… the lovely LED graphic that is recognisable on the motorway. We also have the F-Type LED blade signature intersecting the headlamp but here we’ve created a unique lamp shape for the XE.

DT. In terms of deign, how does the XE connect with the flagship new F-Type?

WB. In profile it is like an F-Type Coupé. The two key design lines, the creases from the front to the rear fender, are consciously referencing the F-Type. This is our halo car, our poster child, and to give that bit of exotic reference to our sports car in this segment gives the XE a bit of a special feel.