The V&A in London is displaying over fifty recently acquired photographs exploring the experiences of black people in Britain in the latter half of the 20th century, enhanced by excerpts from oral histories gathered by Black Cultural Archives.

Over the last seven years the museum has been acquiring photographs by black photographers and those which document the lives of black people in Britain, a previously under-represented area in the V&A’s photographs collection.

In the collection are 118 works by 17 artists ranging from Yinka Shonibare’s large-scale series Diary of a Victorian Dandy (1998), to studies of elaborate headties worn by Nigerian women by J.D. Okhai Ojeikere, to black and white street photography of 1970s London by Al Vandenberg. 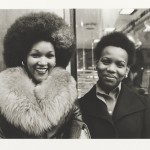 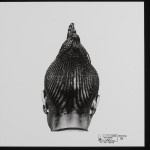 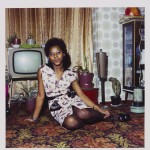 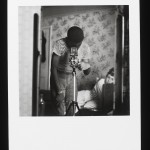 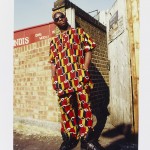 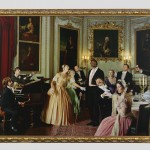 Staying Power showcases a variety of photographic responses to black British experience. On display are intimate portrayals of British-Caribbean life in London in the 1960s-70s by Neil Kenlock, Armet Francis, Dennis Morris and Charlie Phillips. Music, style and fashion are documented in Raphael Albert’s depictions of the black beauty pageants he organised from the 1960s to the 1980s to help celebrate the growing black community in Britain and Norman ‘Normski’ Anderson’s colourful depictions of vibrant youth culture of the 1980s and ‘90s.