Bentley’s first pop art car is a playful collage of bright blue, yellow and pink with a bold red heart-shape at its centre, multi-coloured leather seats and pink gear leaver designed by Sir Peter Blake and created by the skilled engineers and artisan Mulliner team at the Crewe factory.

We are at the London auction house Bonhams to meet the pioneer of British pop art and witness the car’s debut. Based on the 200mph Continental GT V8 S Convertible, this Bentley by Blake is due to be auctioned off in June at the Goodwood Festival of Speed to benefit the charitable work of the Care2Save. 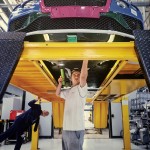 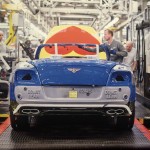 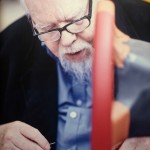 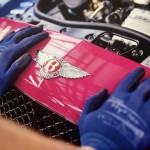 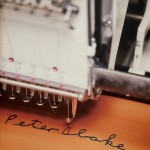 It took four months to conceive the car. Blake says candidly: ‘When I was first asked to do this car, in my mind I declined. I thought why mess up a perfect object. I tried to keep the dignity of the car, but also make it decorative.’

Initially Blake imagined a band of images wrapped around the car. ‘I wasn’t quite sure how the finish would be resolved – the process was far more complicated than I had imagined,’ he says. 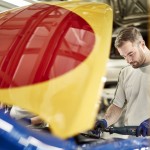 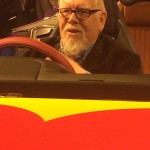 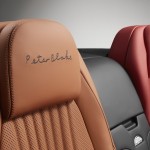 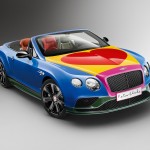 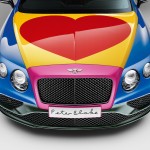 The bespoke St Luke’s Blue – created by Blake as homage to the carmaker’s Cheshire hospice – dominates the rear haunches, doors and boot lid, whilst the artist’s bold characteristic St James Red heart symbol is hand-painted on the yellow bonnet. There is a contrasting fuchsia pink radiator grille surround, with the lower body finished in British racing green.

Inside, each leather seat is trimmed in different shade of hides, with the colours echoed on the steering wheel topped with a pink leather gear lever. The storage cases feature a Piano Black veneer outer treatment with added yellow and red internal linings to reflect the bonnet colour theme. The ‘No. 1 of 1’ labelled treadplate signifies that this is a one-off Sir Peter Blake design.

Blake has also created a personalised playlist, all of which are tongue-and-cheek car themed – Pink Cadillac, Route 66, Drive in Saturday, Mustang Sally, Road to Nowhere, to name some – and, not surprisingly, includes a number of tracks by The Beatles for which he famously designed the Sgt. Pepper’s Lonely Hearts Club Band album cover.

‘I have enormous admiration for the people at Bentley who brought my design into being,’ says Blake, ‘and to produce this one-off lovely car. I am very excited to be seeing the car.’