Pokemon Go, Kanye West clothing and the Olympic Refugee Flag are some of the creative ideas nominated by the Design Museum for the tenth annual Beazley Designs of the Year awards. The shortlist announced today include a sports hijab designed by Nike and David Adjaye’s National Museum of African American History and Culture in Washington D.C.

A year of political unrest, support posters for Jeremy Corbyn’s election campaign and the Pussyhat worn by protesters in US following Donald Trump’s sexist comments are represented through Wolfgang Tillmans’ Remain Campaign. Other nominations include screw-less IKEA furniture and a 3D printed autonomous bus. 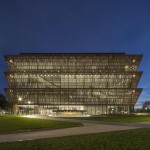 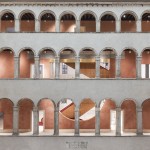 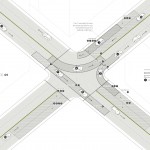 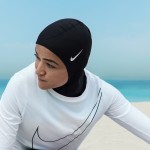 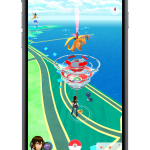 There are six categories in the Beazley Designs of the Year awards. For architecture Zaha Hadid Architects has been nominated for Antwerp Port House, Serpentine Pavilion designer Francis Kéré for his Lycee Schorge Secondary School, and OMA for its Il Fondaco Tedeschi development in Venice, which sets out to re-imagine the marketplace for the 21st century.

In the transport category, a conceptual traffic system by Carlo Ratti at MIT that enables driverless vehicles to travel through intersections without colliding was shortlisted alongside the 3D printed self-driving bus Olli and Honda’s self-balancing motorbike.

Nominations for the digital section include Google Noto, the single typeface which can be used for over 800 languages and Graham, an interactive lifelike sculpture based on how the human body would need to look to survive a car crash.

The graphic selection include the Protest Banner Lending Library, a space where people can gain skills to make their own banners. Whilst Scewo, a stair climbing mobility device and the world’s first translating earpiece formed part of the product design lineup. And in fashion Aitor Throup’s New Object Research, presented at London Collecion: Men collection on six life-size articulated sculpted puppets, and interactive textiles created by Levi’s and Google were shortlisted.

The Beazley Designs of the Year shortlist will be on exhibition at the Design Museum, London from 18 October 2017.