It has been quite a year in design. London alone is buzzing away with creative energy – at times impossible to keep up with the number of festivals, exhibitions, talks, walks… Perhaps as a reaction to the current political and social climate, there appears to be much more open discussions around arts and ideas – platforms for encouraging wider dialogues.

It got me thinking that perhaps a little nudge – in this case a painful electric shock – is needed through periods in history to awaken the mind and rediscover the voice. Trump and the global rise of nativist sentiment that also brought us Brexit has been a shock to the liberal minded. I share architect David Adjaye’s vision when he wrote recently: ‘I don’t think my generation needs a passport to define their nationality.’ What recent events have proved is just how much of this sentiment is shared with a generation of creatives and liberals and modernists who define themselves not by abstract national borders, but through progressive ideology. There is light in that.

So, what impressed in 2017? The Serpentine Gallery events and ‘marathons’ were again hugely inspiring where people from all worlds – arts, sciences, tech – gather to share thoughts on topical issues. Elsewhere, the London Design Festival felt bigger and bolder than in previous years to include a whole range of fringe events including Design Junction, where I was a little involved helping to write a book for Campari. Outside of London, Salone del Mobile in Milan was a truly impressive week where the city transformed into a creative hub – again with a strong international voice. 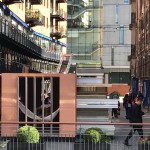 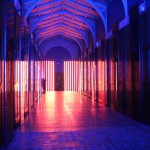 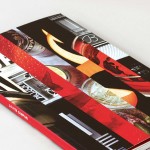 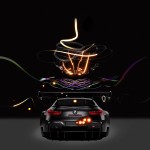 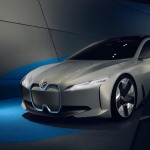 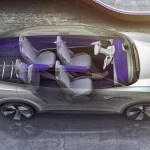 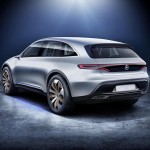 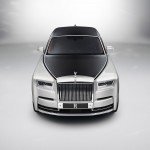 Looking back on the year, I am once again reminded of how multi-layered the car is – being at once a remarkable piece of engineering, a representation of avant-garde industrialism and a complex object. Added to that, the car is now an extension of our personal, social and working lives – a role that will become ever-more evident as we shift towards the clean connected autonomous age of mobility.

2017 was a year when the auto world finally began to seriously show its intent to move forward. It is no longer speculative. Tech companies such as Tesla have been true disrupters pushing the more traditional carmakers into reacting quicker to this inevitable change. And it has been interesting to observe the various car brands and their responses to the future. Some of the more forward-looking traditional companies have also proved that a century of stamping metal and building engines does amount to a great deal – that history, intellect and knowledge are important.

I am particularly fond of the BMW i cars. The marque was the first to show a real commitment to electrification by creating a devoted sub-brand and i Vision Dynamics shown in 2017 explores a unique visual language and preludes a third model in the family. Mercedes-Benz has also been devoting a great deal of R&D to finding more holistic sustainable solutions and the latest Mercedes EQA and Smart Vision EQ Fortwo are the marque’s vision for autonomous, electric urban driving. Then there was Audi’s Aicon, a driverless electric concept with no pedals or a steering wheel inspired by luxurious private airlines and Volkswagen’s brilliant ID Crozz concept to preview a high-riding electric crossover vehicle.

The excitement, however, remains firmly with conceptual cars. Carmakers still seem timid when it comes to radical design – only tip-toeing into the avant-garde with production models. Car making is an expensive business, requiring a great deal of investment and few are willing to take risks. Saying that, there were some fantastic products introduced in the year gone some of which I was lucky to experience.

Amongst my favourites has got to be the new Rolls-Royce Phantom for it simply brings visceral joy in every possible way. I love that the design team have taken the experience of personalisation to a whole new level with the on-board gallery concept. Elsewhere the McLaren 720S is a complex expressive project and, like much of what the company is making, needs to be saluted. Lexus is another company pushing the envelope a little, in the case of the latest LS showing that a bit of eccentricity in design isn’t such a bad thing.

There were some great cross-overs this year too from the world of cars to art and design. BMW released two art cars – the second a very brave virtual proposition by Chinese artist Cao Fei. It was fascinating visiting her at her Beijing studio and in the process exploring the city’s incredible contemporary art scene. Meanwhile, in navigating its future, sister company MINI continued its exploration of urban living working with architects in London and Milan to show us some thought-provoking concepts.

These are the kind of collaborative, ideas-sharing projects that make huge sense as the motor car evolves further to being much more than a vehicle for transport. As for the year ahead, I suspect the car in its formal ‘motor car’ shape will not alter drastically. Nor will our interactions. New car culture still has a little way to go and it’ll be up to a new generation of drivers to force that real shift.