In the 1942 movie Now, Voyager, Bette Davis takes a lengthy cruise that transforms her life. In the 1953 Gentlemen Prefer Blondes, Marilyn Monroe and Jane Russell sing and dance their way to Europe. Then (in my favourite of all), Cary Grant and Deborah Kerr fall madly in love drifting quietly to Europe in 1957’s An Affair to Remember. And, of course, there is James Cameron’s Titanic.

Hollywood has long sought to capture the charm of ocean liners. At their highpoint, these vessels were grand hotels drifting at sea. In the late nineteenth-century and early parts of the last century, ocean liners presented the very finest in engineering, design, craft, fashion, food and entertainment. These large scale industrial objects were a symbol of progress and modernity. And long past their time, when commercial travel killed the exclusivity and sexiness, they still seduce the imagination as they continue to be the epitome of luxury travel. 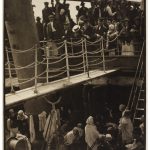 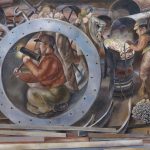 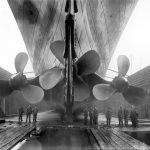 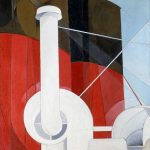 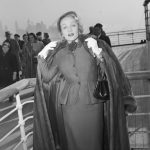 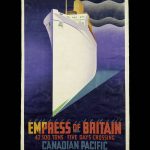 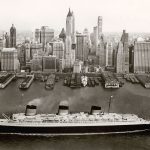 A new exhibition in London has set out to explore the golden age of ocean travel. Ocean Liners: Speed & Style at the V&A traces the history and cultural, as well as design and engineering impact of liners on an international scale. Vessels that were once used to transport migrants from shore to shore were to become spaces for fun, for socialising, mingling albeit strictly within your class, and making business deals or finding a suitable spouse. The destination came secondary – it was all about the lure and the glamour of the sea.

The design evolved with the fashions of the time from Edwardian splendour to sleek art deco of the twenties and thirties. Style on-board these liners was all about creating pure theatre so everything mattered – right down to the menu and napkin design. After the war, when some of the strict social and class rules relaxed a little, the new-era liners began attracting more avant-garde artists and designers. Gio Ponti, David Hicks, Marion Dorn, William De Morgan, Richard Riemerschmid, Jean Dunand, Edward Bawden and Edward Ardizzone created bespoke pieces for ocean liners. Then towards the second half of the twentieth century, the glamour began to fade away as sea travel democratised.