Soviet design at its peak between 1950 to 1989 was dynamic, different and complex. On the one side were consumer and domestic products for daily use. Then there was a rather more controlled side to design directed by the state which impacted on advertising, film posters and educational literature. The Soviet Union’s isolation helped create a bit of a design bubble, yet there was a certain image of the USSR created largely for the international scene through objects such as the 1980 Moscow Olympic Games mascot and the Saturnas vacuum cleaner – inspired by the Sputnik satellite, itself a remarkable example of space-age design. 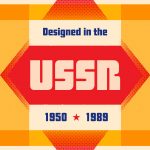 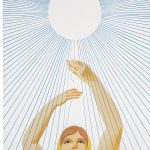 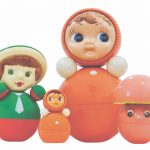 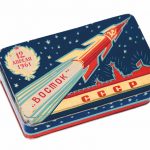 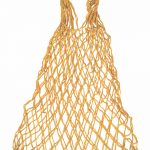 A new book sets out to tell this untold story. Designed in the USSR: 1950-1989, published by Phaidon and created in collaboration with Moscow Design Museum, is a captivating account of life under Communist rule told through the design of every-day objects, graphics, illustration and advertising. The 350 images here, selected largely from the Museum’s collection, tell the compelling story of design behind the Iron Curtain.

The book has been broken down into three chapters – citizen, state and world – with an introductory essay by the director of the Moscow Design Museum Alexandra Sankova for an insight into the socio-political context of Soviet design. Packed with objects and ideas – from children’s toys, homewares and fashion to posters, electronics and space-race ephemera – and spanning almost four decades, this is the first publication to truly celebrate the creativity, innovation and diversity of Soviet design.