This is an exciting time to be involved in the car industry. As the new chapter in the story of the automobile unfolds, it faces and, to some extent, embraces fundamental changes. Despite some cynicism and a degree of denial amongst hard-edge traditionalists, changes are happening and the general reaction is positive.

It is hard not to find parallels with the murky world of today’s politics where progressive ideas are also shunned by those who cling to the imaginary glories of the past, and where liberal thinking is mocked by a tribe terrified of change.

Change has been slow though and possibly less revolutionary than many of us had hoped, Then, perhaps some of these more avant-garde concepts – much broader urban planning and speculative design and progressive global ideas – will find platforms once the early stages of sustainable mobility settle and consumers ease into new ways of moving about.

This is especially the case with car design. Designers seem to be hesitant about really challenging the visual language of conventional cars. New infrastructures and advanced materials and manufacturing have freed creatives to rethink the motor car vernacular. The first wave of e-cars show some of these possibilities, but the creative work so far has not been revolutionary. 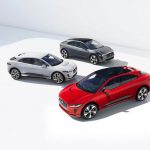 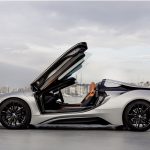 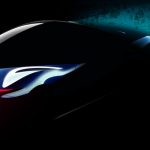 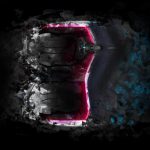 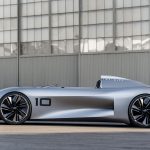 Most seem to be tip-toeing around the subject and not letting go of the past. The handful of notable electric cars today have maintained the essential car shape with a touch of futurism. There is still much more to be explored and it is up to companies, to management, to push the creatives to be bolder. That is not to completely dismiss the first wave of clean-powered production cars – the latest BMW i8 Roadster and Jaguar I-Pace are notably impressive.

It is with the latest concept cars a more daring approach seems to be brewing. Last week a few really exciting ecological studies were revealed at Pebble Beach Concours d’Elegance in California. Many are being steered by new car brands. This is not entirely surprising though. The likes of Tesla or Automobili Pininfarina or Byton don’t have the constraints of traditional car manufacturers and so they can work on smaller scale productions and take bigger risks.

Infiniti, Nissan’s premium arm, has rebranded itself as an electric carmaker with some brilliant ideas in the pipeline including the Prototype 10 concept shown today at Pebble Beach. Elsewhere, I’m excited to see the PF0 electric hypercar by Automobili Pininfarina in the flesh when the company produces 150 of these by 2020.

These are all lovingly-crafted, fast cars offering a great deal of scope for personalisation. One thing seems to be clear, neither the traditional or the new boutique eco carmakers are asking consumers to compromise in the new age of progressive driving.