As some of us in the West overdose on television programmes such as Grand Designs, a rather more humble design effort has been underway elsewhere: the attempt to design homes for the millions of people around the globe living on a few dollars a day.

The problem of housing the poor is not a new one. However, as cities in the developing world becoming increasingly overcrowded and rural livelihoods are eroded, it is becoming more pressing.

Recently, there have been two high-profile stabs at this. Indian manufacturer Tata has designed what is thought to be the world’s cheapest home. The firm who was responsible for the $2100 Nano ‘world’ car in 2008 claims that the 20m2 prefabricated dwellings – priced at about $700 – can be built in about a week. It hopes to launch it next year.

Meanwhile, an online designer community has been engaged in a similar effort. In a blog post last year, marketing consultant Christian Sarkar and business academic Vijay Govindarajan challenged the design community to come up with ideas for a home that can be built for under $300. The hundreds of entries for The $300 House have been ranked by popularity.

What is immediately striking is the range of approaches that the designers have taken. Each seeking to tackle a different aspect of the problem: some focus on materials, others on layout. While some restrict themselves to a single unit, others consider the context that the homes would be placed in.

There is a strong focus on materials – and many of the designs use a similar method: filling bags with local materials to use as building blocks. The winning home, Totally Tubular, is one of these. Designer Patti Souter’s dwelling comprises a base of rubber bags filled with rubble, gravel or sand for structural stability, and a light upper wall of mesh tubes filled with straw or chips.

The designer cites the advantages of her idea: the technique is easy to learn, which means the homes can be built by residents, and it uses local materials, so the inhabitants can source components themselves.

Approaches such as these eliminate the need for skilled labour and advanced technology, but they raise a wider question about what the designer’s role should be. The ability to construct your own home is referred to as ’empowering’, but many poor people already do this. The justification for intervening in such situations is clearer if you contribute technology that is out of the reach of the poor – such as prefabricated homes assembled by professionals.

Furthermore, as one commenter says: ‘When people build their own houses, they void any warranty, and when the roof collapses killing families, the designer has no legal liability.’

The first runner-up, iLines, uses a similar technique. The major difference is that the Earthbag House Community comprises a group of homes, rather than just one. Joint and extended families are common in many developing countries and poor families tend to have several children. As such, the designer has placed seven homes around an atrium – a configuration that would allow families to pool resources and maximise the space available to each person. 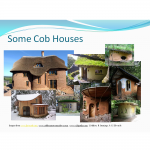 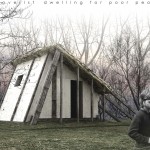 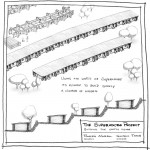 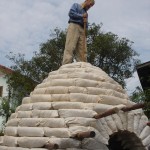 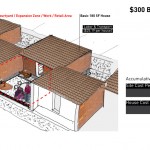 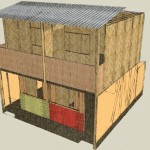 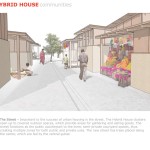 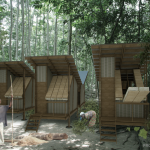 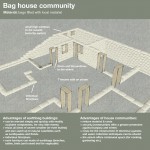 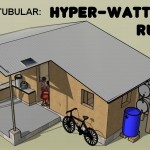 iLines’ design is one of the few that do not assume that occupants will be nuclear families. Unfortunately, it falls short in other ways. The proposal notes that ‘polypropelene bags have superior strength and durability as long as they are kept away from too much sunlight’, which ignores the fact that much of the world’s poor live in the tropics.

This lack of context specificity is evident in several designs. Most seem to have homogenised ‘the poor’ into a unified group with common problems. Some attempt break away from this – by offering different options for hot and cold climates, for instance – but this often feels like tokenism rather than a genuine attempt to examine the needs of specific people.

It is impossible for a single design to cater for all – simply swapping the filling of the walls does not transform a home for the deserts of north Africa to one for the sub-zero temperatures of the Peruvian Andes, or a structure built to withstand earthquakes for flood-prone regions. Variation is equally pronounced between urban and rural areas.

The winning designers will now attend a workshop, where they can collaborate with potential residents. However, unless communities that already suit particular homes are chosen, this exercise may make the initial designs redundant.

Some designers address these issues. For instance for 300 possibilities – in sixth place – the creator examines the contexts that poor people lived in and suggests techniques for particular conditions. In areas of heavy rainfall, for instance, it recommends building on slopes; for hot environments, it proposes shaded courtyard. Its ideas are not prescriptive, but this very fact makes it appropriate.

Entry ten, meanwhile, suggests ways in which multiple, contrasting open spaces of different scales and levels of access can be used to create a community. Homes are placed around semi-private central courtyards, but open onto a street, which includes public spaces and markets.

Meanwhile, in fourth place was the design for a community in Bangladesh. This team makes a genuine effort to examine the needs of residents. They observe that the land has ‘relatively secure tenure’, consider the backgrounds of the residents and proposes a range of techniques to improve homes, rather than a single design, including the treatment of bamboo against insect attack, concrete foundation posts to keep bamboo out of contact with the ground and the stabilization of earth using cement.

Tailoring designs to specific needs is the only way to create a something fit for purpose – and by not doing so the designers do not account for people’s livelihoods. In rural contexts, for instance, providing facilities for securing livestock would make sense. Urban slumdwellers would benefit from live-work units or the inclusion of space for running a business – like in Project Ground Up.

It is also remarkable that many fail to consider basic necessities such as toilets and outdoor or well-ventilated cooking facilities. Lighting and air, too, are given scarce attention. The winning design uses bottles to let through light, while the Hybrid House, uses shutters that let it breezes. However, other designs, such as the Stone Dome, comprise few windows and little space.

These errors highlight the folly of designing without really understanding the problem. The main issue with housing the poor is one of planning – the fact that slum homes spring up individually with no underlying infrastructure – sanitation, electricity or clean running water – is why they are such abhorrent places to live.

The principal of replacing individual homes, as and when poor families buys them, is a recipe for disaster. A better strategy would be to build a new development. This seems to be the intention – the $300 House team says they plan to build a ‘model village’, but the $300 price tag does not include the costs of infrastructure, so it would be interesting to see how much this escalates.

In its current form, the prospects of rolling these designs out on a large scale are slim. For one thing, $300 is a lot of money for people who barely have enough to live on. To create any meaningful development, the lead will have to come from public authorities rather than by selling to individual households.

A viable home could be created, however, by combining the best elements of the designs. There is something missing, though: at the present pace of urbanisation, space in cities is becoming scarce, and the reality is that high-rise construction will have to become a major part of any solution.

For more on the The $300 House competition and images visit Jovoto.