The design world congregated on Milan last week for Salone Internazionale del Mobile, Europe’s leading design fair in Milan. To mark its 51st year, the fair set its focus on technology and its influence on design. This is a vast show, spanning most of Milan with its hub at the exhibition centre in Rho. Read the report published in Wallpaper*. 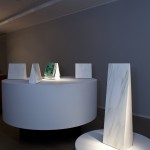 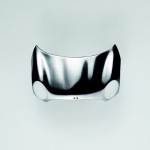 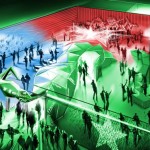 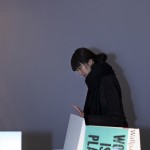 We reported on the Heineken sponsored concept club design earlier. Plus read our reports from the 2011 Salone del Mobile here.

Watch the making of the Heineken pop up club

For a taste of design in Israel today, head to Holon for the Holon Design Week and supporting Designer Plus Ten exhibition at Design Museum Holon.

This is the first time the museum will curate an exhibition that focuses exclusively on local talent. Expect designers from textiles, fashion, jewellery, industrial design and digital and visual communication to exhibit their work. 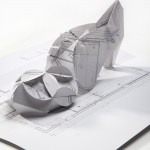 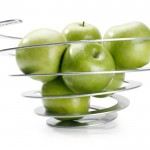 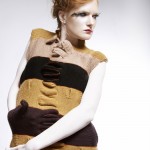 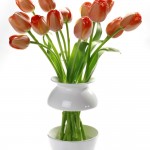 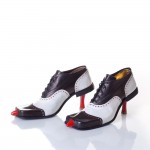 The BMW E-Scooter is a concept two-wheel vehicle with electric drive designed for mainly urban driving. With a 100km driving range, and only three hours to charge the battery on any regular household power socket, the scooter aims to be more versatile than many of the other electric scooters on the market.

The E-Scooter is one of the latest conceptual two-wheel urban mobility ideas to be developed at BMW Motorrad, a branch of the German marque dedicated to making individual single-track vehicles – as in motorbikes and scooters. 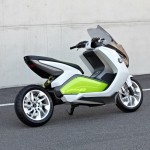 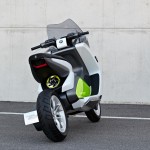 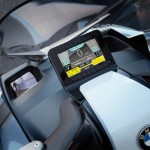 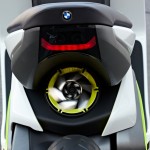 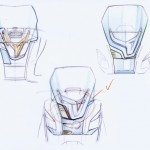 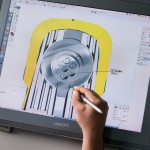 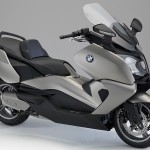 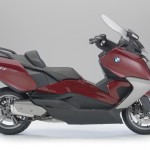 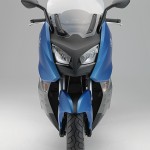 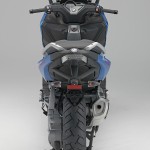 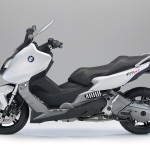 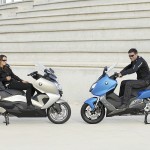 The E-Scooter doesn’t have a main frame. Instead, the aluminium battery casing, which also contains the electronic system required for battery cell monitoring, takes over the function of the frame. The steering head support is connected to it, as is the rear frame and the left-hand mounted single swing arm with directly hinged, horizontally installed shock absorber.

BMW Motorrad has also recently released the C 600 Sport and the C 650 GT premium maxi scooters available in the spring. The C 600 Sport is targeted at riders with sports ambitions, the C 650 GT is for customers who seek comfort and touring ability.

The C 600 has sporty, spartan panels – the lean tail with the dynamic upswing and emphatic body edges lends the vehicle a little lightness. The C 650 GT relies on a more organic design language. The emphasis here is on comfort with the generously sized panel parts offering protection against wind and weather.

The German carmaker recently announced a new design director, Edgar Heinrich, and hopes to expand the activities of BMW Motorrad further to look into other innovative urban mobility solutions.

To mark its forthcoming 140th anniversary, drinks company Heineken has launched a global design challenge. The company is inviting creatives from around the world to connect, through social media, and form teams to design a beer bottle of the future.

The brief is to create a bottle design that symbolises how people around the world will connect in the next 140 years.

Driven through Heineken’s Facebook page, the idea is for anyone interested in participating to form a virtual creative collaboration with a stranger.

The winning duo will see their design launched in a limited edition pack which will be sold around the world from December 2012 to celebrate the firm’s anniversary.  Their names will also appear on the bottle.

The competition is now open for entries until 31 January 2012. For more visit the site.

A device that extracts water from thin air as a solution to the draught problem has won the 2011 James Dyson Award. Airdrop, designed by Edward Linacre, is a low cost, self powered, and easy to install solution to the problems of growing crops in arid regions.

Linacre has been inspired by Australia’s worst drought in a century. The student, from Swinburne University of Technology in Melbourne, turned to nature to find ways of capturing moisture from air. He studied the Namib beetle, an ingenious species which lives in one of the driest places on earth – with half an inch of rain per year; it can only survive by consuming the dew it collects on the hydrophilic skin of its back in the early mornings. 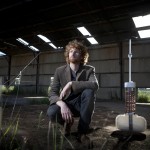 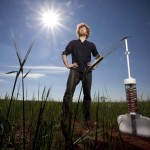 Airdrop borrows this concept, working on the principle that even the driest air contains water molecules which can be extracted by lowering the air’s temperature to the point of condensation. It pumps air through a network of underground pipes, to cool it to the point at which the water condenses, delivering water directly to the roots of plants.

‘Biomimicry is a powerful weapon in an engineer’s armoury,’ says James Dyson. ‘Airdrop shows how simple, natural principles like the condensation of water, can be applied to good effect through skilled design and robust engineering.’

His research suggests that 11.5 mm of water can be harvested from every cubic meter of air in the driest of deserts. Further developments of his design will increase the yield of Airdrop.

‘Winning the award’s £10,000 prize will mean I can develop and test the Airdrop system,’ says Linacre. ‘It has the potential to help farmers around the world and I’m up for the challenge of rolling it out.’

A further £10,000 has also been awarded to his university department to support other young engineers keen to follow in his footsteps.

Dyson adds: ‘Young designers and engineers like Edward will develop the simple, effective technology of the future – they will tackle the world’s biggest problems and improve lives in the process.’

The winner was chosen from over 500 entries from around the world. Runners up included a portable, retractable room divider developed by Michael Korn, a student at the Royal College of Art in London. The KwickScreen allows healthcare professionals to make the best use of available space; giving maximum privacy, dignity and protection to patients.  (read our preview here)

Also on the runners up list was a device to aid the visually challenged travel around unfamiliar surroundings. Developed by Se Lui Chew from the National University of Singapore, Blindspot informs the user of nearby friends using information from geographical-based social apps such as Foursquare, and communicates with them via a Bluetooth earpiece connected to the cane. The cane guides the user to their friend using a horizontally rolling ball on the cane handle which points in the direction they should walk.

Michal Prywata from Ryerson University in Canada was highly commended for his Amo Arm to overcome the invasive muscle re-innervation surgery required for amputees. It can be strapped on and is controlled using brain signals, avoiding major surgery and the long rehabilitation period after.

Details of all entrants can be found at James Dyson Award.