Back in June carmaker Audi sponsored a group of progressive architects from around the world to conceive of a cityscape for 2030 where urban planning, building design, wireless digital technology and vehicle design work together for sustainable mobility. Berlin practice J Mayer H has won the Audi Urban Future Awards for his clever and practical vision for such a utopia.

In this 2030 urban setting, founder Jürgen Mayer has concentrated on utilising digital technology to get the most out of the car and free the driver to do more than manoeuvre through traffic. By using a combination of outside satellite systems for long range assistance, and GPS systems built within the car for short range assistance to supervise the immediate surroundings, in Mayer’s world, the car can navigate and move itself autonomously.

‘When the car is responsive to other traffic components – other cars, pedestrians, animals – then you don’t need all the technologies that support driving as in streets, traffic lights and marks in the street,’ says Mayer. ‘You no longer need lights at night, as automated cars know where they’re going so the light pollution aspect is reduced. There will be a constant flow of traffic so there won’t be parked cars.’

In this visionary world, the car will transform from being a viewing machine for manoeuvring in traffic towards a sensorial experience machine. Now that the urban landscape is free of all the extra objects that support mobility, its inhabitants can once again appreciate buildings and other monuments.

‘If you empty the city of these objects, it gives space back to the city, the buildings and the people,’ he enthuses. ‘Your attention is brought back to other people and the built environment. It means we have more street space for pedestrians, more space for buildings to grow.’

Mayer sees some form of personal mobility as the intermediate solution for urban mobility. His system works much like a taxi in that the customer buys into it as in a pay-as-you-go method. The city will make a contract with a network provider who will then make contracts with the car producers and the finance comes from the user of the taxis. The cars are therefore driven by demand rather than ownership.

‘We have to rethink the car following its first 100 years,’ notes Mayer. ‘The car is a very successful machine but it also creates many problems in terms of pollution, noise and space in cities. We should take the good parts and get rid of the parts that don’t work. What I’m proposing is a kind of individual mass transportation system.’

This proposal is more suited to new cities, or those with less ‘sentimentality’ as Mayer puts it. ‘It may be hard to install this in Europe as we have so many highly developed systems here. It would be easier in new built cities in China, India or Africa where you can jump right in with the new technology,’ he says. ‘There are some areas of Africa that are so highly developed with mobile phone technology, as this is the first phone they got! The whole thing is more complex here in Europe.’

Mayer’s team were initially inspired by images from sci-fi films. ‘We did look at some of these futuristic ideas like moving between galaxies, moving between dimensions, and how we’re moving inside our own bodies through the blood system,’ he says. ‘We then tried to think what is the fantasy we have now and build on that. Maybe the future that happens in the short run is invisible – it comes as a digital revolution that might not look different at first but it completely changes how we live.’ 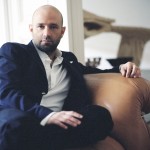 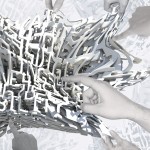 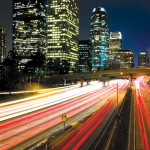 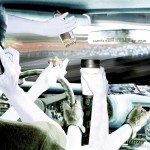 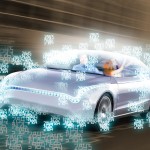 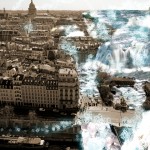 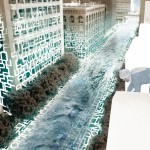 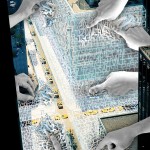 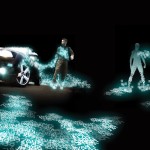 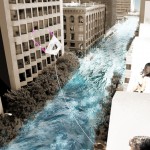