You really can’t get much more glamorous than Concorso d’Eleganza Villa d’Este. The annual event that is held in May on the shores of Italy’s picturesque Lake Como serves as a beauty contest for the world’s most exotic, rare, desirable cars and motorcycles. Here the wealthy and enthusiasts in their thousands gather to celebrate automobile art, to bid for one at the auction that follows – and there are usually a few new concepts cars thrown in to keep the event relevant and contemporary.

This year’s event was no exception with 50 cars and 35 motorcycles from widely varying eras in automotive history and six new prototypes on show. Awards were handed out to the 1948 Soviet Union’s IMZ M-35K motorcycle, a 350 cc twin-cylinder boxer, the 1938 Bugatti 57SC Atlantic, and the Alfa Romeo Disco Volante by Touring for the best concept car on show.

Lake Como also provided the backdrop for the world premiere of the BMW Pininfarina Gran Lusso Coupé and BMW Concept Ninety, a car and a motorcycle that hint at the company’s future thinking. The Gran Lusso is how the Italian design consultant envisages an ultra luxurious BMW coupé. For the German carmaker the appeal of working with an independent firm like Pininfarina is that it allows for a different take on its cars, the design – these are fresh eyes that bring in new visions. 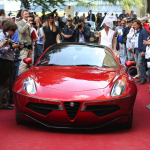 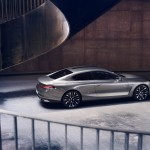 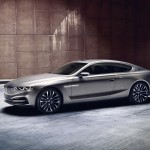 Karim Habib, head of design, says the appeal is that you get ‘another very different and special angle on facets like luxury and exclusivity’. Fabio Filippini, who directs Pininfarina design, agrees: ‘When two such tradition-rich and experienced brands join forces to turn a vision into reality, something utterly new and exciting emerges. From start to finish, this project was defined by a mutual respect for the identity of the other company.’

With ‘90 years of BMW Motorrad’ anniversary as its focal point, the company also put on a rather special exhibition at the nearby Villa Erba featuring over 30 creations from its history including the BMW R 32 – the marque’s first motorcycle made in 1923. It proved an ideal platform for unveiling the BMW Concept Ninety, a bike, the company says, that ‘resurrects the spirit of the emotionally charged superbike’.

Ola Stenegard, head of vehicle design at BMW Motorrad, explains: ‘We want to show how reduced and pure an emotional BMW motorcycle can be.’ This is a sporty boxer – its basic proportions take their cue from the forebear that inspired this concept, the BMW R 90 S. The fairing, tank, seat and tail instantly signal its family connection. The rich, vibrant shade is also a nod to the legendary Daytona Orange paintwork of the machine.

At the end of the long weekend, the RM Auctions produced total sales of over £23m with five cars exceeding £1m and 11 surpassing their pre-sale estimates. The top sale though came from a 1953 Ferrari 340/375 MM Berlinetta Competizione, a fine piece of automotive art, that went for some £8.4m – after all this is an automotive beauty contest.