Electrification has been hailed as the next chapter in personal transport for some time. We’ve been promised interesting products, thoughtfully designed cars that are driven in full or partly by an electric motor. We’ve been teased with some intriguing visions for electric cars for a number of years. Yet until recently all these have been exactly that – visions.

Carmakers are not entirely to be blamed. A real infrastructure in most counties, even in the highly developed world, has simply not existed. Without charging zones and all the other furniture that completes electric driving, there seemed no real urgency to develop these visions. Until now. The new breed are nothing like the clumsy G-Wiz and other poorly designed older electric cars – products like the Nissan Leaf, Renault Zoe and BMW’s i3 have already proved that you don’t need to sacrifice on looks or driving when you go electric. 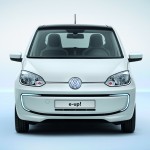 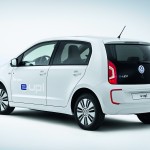 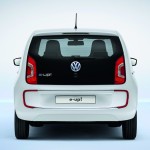 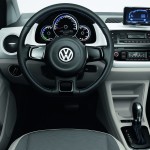 The latest product to hit our roads is the Volkswagen e-Up. What sets this car and the other new ones apart from their predecessors is that they are actually a whole lot of fun to drive. It is pleasant cruising along in near silence. And with instant torque electric cars can be pretty swift. Range anxiety is an issue especially out on country roads where charging zones may not be in easy reach, but then battery life depends on how you drive these cars. In the case of the e-Up VW’s figures are around 75-103 miles in summer and 50-75 miles in winter. The driver has some degree of intervention through the energy recovery system and selecting from the three driving modes – normal, eco and eco plus.

Unlike the Leaf, Zoe and i3 that were born to be electric, VW is basing its electric strategy on existing models – hence the e-Up and soon e-Golf. And where the i3 is a brilliantly crafted machine that is perhaps not for everyone, the e-Up is a car precisely for the masses. Much like its conventionally-powered sibling, this tiny city car has been envisaged and created with a wider world in mind. And the electric e-Up holds the same promise of universal – and in this case – electric mobility.

Read the full review of the Volswagen e-Up published in Future Space magazine.

Read our review of the BMW i3.

‘Urban space and urban movement coexist in a constant feedback loop where each part is evolving to adjust to the other.’ So says Bjarke Ingels, founder of the Danish architecture firm BIG. In his vision for the ideal future urban environment, mobility will be automated with the driverless car ultimately changing the dynamics of the urban space.

BIG proposes for an ‘elastic’ city, a flexible urban environment to replace the current static one. By fully utilising information technology, driverless vehicles will become a reality. ‘Smart tile’ surfaces, a thin layer of reprogrammable sensors within the surface of roads, will coordinate the flow of traffic so that the city can be free of the clutter that supports driving. Finally, with a push of a button the ‘urban pavement’ can transform to adapt to our needs. 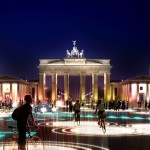 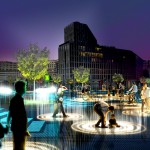 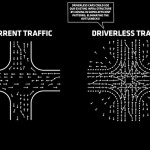 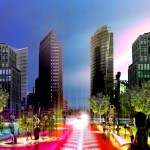 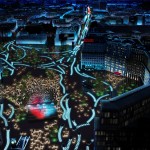 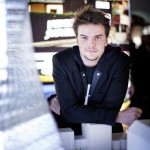 We caught up with the architect at his office in New York.

Design Talks. How will the driverless car change the shape of the urban space?
Bjarke Ingels. In the next five to 10 years cars we will become not just driverless but also noiseless, and fumeless. Therefore many of the aspects that condemn the car to remain outside will no longer exist and it would potentially be possible to blur the distinction between inside and outside.

From where I’m sitting in New York, I’m looking at the building opposite that used to be a giant manufacturing site. It now has elevators that can take cars and trucks to all floors with individual zoning docks on all the levels so some of the people in the building actually park their car in their office. Down the street there is another project called the Car Lot where people can park their cars in a place that is visible so they can look at their awesome vehicle whilst dinning!

DT. But how will buildings support the new developments in mobility?
BI. The above examples are quite eccentric, but in the big picture, developments in urban mobility will mostly impact on the space between the buildings rather than on the buildings themselves.  In theory the city itself can remain unchanged and left to deal with other design tasks. It is really the urban pavement that is transformed on its own.

DT. If space has been made available through the removal of the clutter that supports traffic, then how will building design respond to this new urban aesthetic?
BI. I have a suspicion that other parameters rather than urban mobility will have more of an impact on building design. In general the envelop of the building – the roof and the façade – is probably more likely to respond to energy and climate change. If developments in technology will have an impact on the future of buildings it is going to have more to do with daylight exposure, thermal exposure, glare, energy consumption for heating and so on than to do with how we move in the city.

DT. How do you envisage the city being shaped?
BI. The city in general is shaped by a vast multitude of very diverse parameters – there is a whole army of political, cultural, economical and social issues affecting the city. Off course in different domains different issues have higher significance, and right now you can say the floor of a building is very dominated by the way we move around in the city, and the vertical dimension is much more influenced by how we occupy the city. With clean cars this distinction could blur a little.

DT. What do you mean when you say ‘elastic’ city?
BI. The traditional dichotomy between the city and the countryside are blurring with activities such as leisure invading formally purely industrial spaces. In New York, for instance, the waterfronts are turning into parks and they have made more bicycle lanes in the city in the last two years than in the whole of Copenhagen!

The gradual evolution used to be that you first walked, then you cycled, then you drove a car and in each step you abandoned the previous mode of transportation. Now they complement each other. In the last 50 years urban planning has been focused on efficient car circulation, but in the future you’ll see much more of a hybrid of different movement. This is what I mean by the elastic city – one that would expand and contract to accommodate this.

DT. How will this flexible city actually work?
BI. Our roads could serve as a programmable surface so that by switching say a light on and off you can change a street into a plaza, or instantly materialise a sports court, or dynamically expand and contract to create more or less bicycle space, pedestrian space, or car space in a way that has not been possible.

In Hanoi in Vietnam the whole city gets up at 6am and does sports together in the streets – this is the kind of shared space and flexibility of space that I’m thinking of which will become reality.

For more on BIG read BIG’s 21st Century urban living and Urban concepts for 2030. Also watch this video by CNN which reveals more about the thinking behind some of BIG’s projects.