We are at a really critical time in history – more than 70% of the world’s population is migrating to cities over the next 30 years, and technology is completely altering our reality. We have to rethink how we live, work, interact, consume … I see this as a hugely exciting time. And there are some very exciting innovators and thinkers and designers working on highly progressive concepts. Here’s the latest one I came across

This Volvo 360c is an intriguing concept. This research project is at once a self-driving office with hot-desking on the move, a social hub, and it can be transformed into a tranquil bedroom-on-wheels – upper-class air travel on land. These ideas aren’t necessarily pioneering, but what makes the 360c pretty exciting is how it is being used as a channel for dialogue with other car companies, policy makers and governments to help find real answers, safety solutions, and a universal language for autonomous driving communication. Even more exciting, the 360c has its gaze on airlines… Read my full review in Wallpaper* here 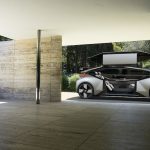 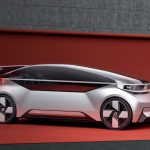 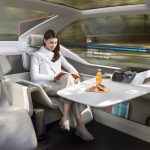 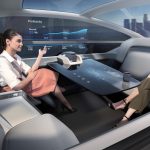 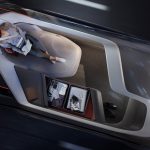 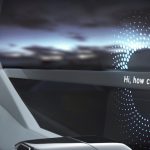 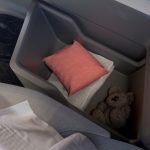 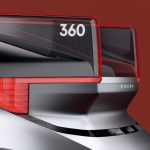 The first computer was nicknamed Moneypenny – named so after an Audi engineer spotted the 007 number-plate on the car it piloted. Bobby raced the RS 7 concept that at top speeds of 149.1mph autonomously completed the Grand Prix racetrack at Hockenheim last year. The test vehicle that cruised from Silicon Valley to Las Vegas earlier this year was named Jack.

This week we got to experience autonomous motoring ourselves as Lu Ban, named after the Chinese inventor, chauffeured us on the roads of Shanghai in the same Audi 7 Jack drove.

We are in China for CES Asia – the inaugural consumer electronics show for the region. As we drove from the expo halls in the Pudong financial district to the river Bund Lu Ban, the compact computer tucked away in the boot, took control whilst our driver confidently removed his hands from the steering wheel, swivelling in his seat to talk to us. 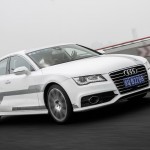 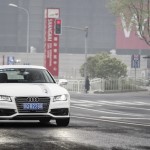 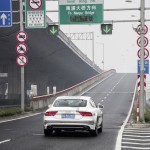 The computer will only take control if traffic conditions allow so, and only on straightforward routes as such. It will drive up to 60mph after which it alerts the ‘human’ driver to take control. If this fails, the car will go into emergency mode igniting the hazard lights and slowing down to a halt then notifying relevant rescue services to respond.

Lu Ban may not be quite on par with Knight Rider’ Kitt, nevertheless the A7 piloted drive represents very impressive technology. Google and Apple have made promises in this direction, yet Audi is the first car manufacturer to have created a piloted production car available in the A8 production car in just two years time.

Later that day we saw the world debut of the electric R8 e-tron with piloted driving function. This isn’t a production vehicle, yet the marque is expressing the intrinsic sexiness of semi-autonomous driving with such a performance car. 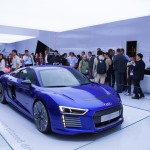 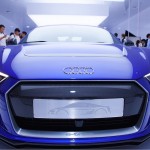 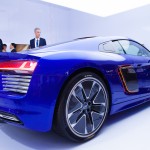 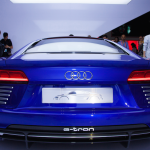 Yes it may sound like a contradiction offering piloted driving in a performance car where the sole purpose is to entertain the driver. But it does make complete sense. When stuck in traffic jams, or in need of an urgent text, the computer takes over and the car is manoeuvred autonomously so you have time to rest arms and feet for the open, twisty road… when you can perform all sorts of racing shenanigans.

The stats are impressive – two electric motors, each supply power to the rear wheels generating combined 456bhp and maximum torque of 679lb ft. This is a very fast machine that can race to 62mph in just 3.9 seconds topping up a limited 155mph. Energy comes courtesy of a large lithium-ion battery with 92kWh and an impressive electric range of 450km.

The central driver assistance control unit (zFAS) makes a crucial contribution to the lead Audi has in this technology field – it processes information from sensors to generate a detailed picture of the vehicle’s environment. By separating the electronics and the mechanical side, Audi is able to keep up-to-date with technological advances.

Audi’s decision to debut a car in China and at a tech show is telling. The country comprises the largest single market for the German marque. And as the car is increasingly morphing into an complex electronic gadget, it doesn’t feel that odd to reveal one that relies so much on high technology at a consumer electronics show.

Rupert Stradler says that the car is ‘the biggest tech gadget.’ The Audi chairman offers, ‘we are experiencing a digital revolution stronger than the industrial revolution. The question is how we shape the digital future. We are ready to take risks.’

Mercedes-Benz is proposing to re-invent the automobile with the F015 Luxury in Motion study revealed this week at the Consumer Electronics Show in Las Vagas.

This sleek car has been designed to be an autonomous vehicle, a mobile living space, a private retreat offering space and time – two luxuries that we are increasingly in need of. 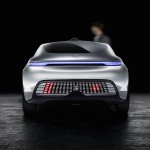 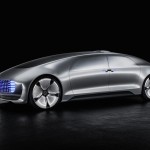 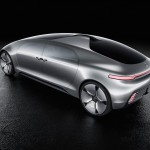 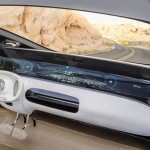 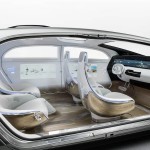 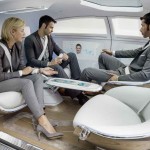 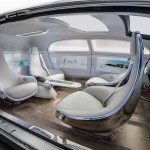 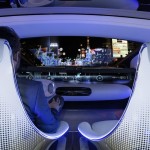 ‘Anyone who focuses solely on the technology has not yet grasped how autonomous driving will change our society,’ says Dr Dieter Zetsche, head of Mercedes-Benz Cars.

The low-slung front, flat widescreen and smooth roofline create a refined yet futuristic appearance. Inside is all about interpreting modern luxury with open-pore walnut wood veneer and ice-white nappa leather seats, and highlights of shiny metal and smooth glass surfaces.

The interior is modular. If the crew wish to drive the car, the four lounge chairs can conventionally face forward as the steering wheel pops out from the dashboard.

If on the other hand they wish to work, relax, chat and let the car drive itself, then the front passengers can swivel around and face the rear seats. Additionally, the six display screens allow occupants to interact with the car through gestures or touch.

Not all the ideas expressed in this concept are new of course – we have seen plenty of visions for driverless cars, and interiors that transform into live/work spaces.

Google’s upcoming driverless vehicle, for instance, calls for a similar concept, yet the Mercedes study car has the advantage of being a beautifully sculpted automobile, rather than a tech gadget.

This driverless car has a distinctly futuristic exterior and a highly luxurious cabin, and the proportions nod to a vision for a brand new vehicle concept by a company that has historically been at the very forefront of innovation.