The former BMW design director Chris Bangle once told me he believes at times form needs to follow fantasy. ‘For the future of car design, function is the last refuge of the unimaginative,’ he concluded. The Japanese are masters of fantasy – reflected through their imaginative, virtual worlds of animation and comics, anime and manga. Bangle may have said this to ruffle the stiff collars of the automotive world, but can car design learn from this, and is it right to assume that with clean car design, it makes good sense to reference such a futuristic, fantasy world? 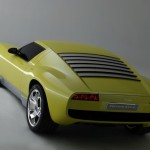 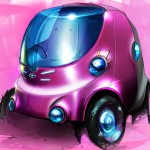 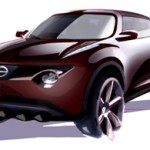 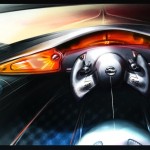 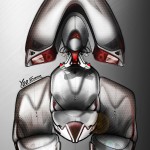 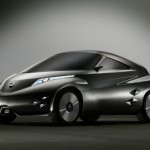 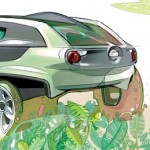 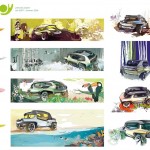 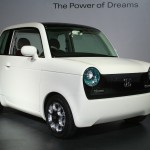 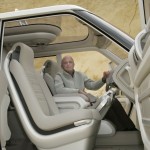 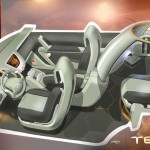 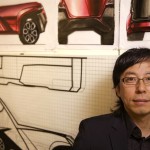 Felipe Roo Clefas seems to thinks it does. The Belgium designer, who works in London at Nissan Design Europe, has an almost visceral connection to the clean graphics, the intricately designed machinery and robots, and the narrative that makes anime almost believable.

When asked to lead the project team for the Terranaut concept, Roo Clefas almost gave the car a science fiction narrative. ‘The story is most important in anime and with this I created believable fantasy,’ he says. The 3D user interface in the car references the anime Ghost in the Shell. ‘I see more of this 3D interaction happening in the next five to six years,’ he adds.

François Bancon believes the young have a different sense of reality. ‘They interface with the world through the computer,’ says the general manager at Nissan and Infiniti’s Advanced Design studio in Japan. ‘They are no longer interested in products but in experiences.’

Bancon works with an international team in the Yokohama studio penning the next-generation of Nissan and Infiniti cars. He believes anime and manga’s stylised graphics and fascination with the virtual world is having a major impact on how the emerging generation of car designers are approaching the profession.

One of his team members Eunsun Yoo admits that depending on the given project, anime and manga have philosophically influenced her work. She recalls the Nissan Mixim scheme where its interior was conceptually rooted in computer games, and visually connected to anime and manga. ‘It was more of a philosophical than a physical influence. It was about having no boundaries between the real and the virtual world,’ says the Korean designer, adding that her generation – she is 29 – who were raised on computer games and Second Life see no margins between the virtual and the real worlds.

The Mixim cabin is blatantly futuristic and also influenced by Ghost in the Shell. ‘The Mixim like Ghost isn’t a utopian future, but a little bit dark,’ she explains. ‘This was a car aimed at a young future generation and therefore I worked on the idea of how to blur the boundaries. The centre-positioned driver seat is F1 and computer game inspired, as is the steering wheel, and the control panels.’

Many of the new generation of car designers, especially those coming from Asia, have a different concept of beauty that isn’t necessarily rooted in classical proportions. ‘To them beauty isn’t just about looking like a Jaguar E-Type, but a sense of proportion multiplied by features,’ observes Victor Nacif who heads the multi-national Nissan design team in Europe. He admits that the fashion is predominantly led by Asian themes and Japanese designers who tend to have a different notion of beauty.

Kimberly Wu says she has always been inspired by traditional and contemporary illustration of anime and manga. A transport design graduate of the Art Centre College of Design in Pasadena, she now works at Honda’s California advanced design studio where they conceive future, mainly green cars.

‘To me, anime is an idealised fantasy version of reality,’ she explains. ‘With body parts pulled, stretched and exaggerated, these characters hardly resemble real men and women. Yet, one cannot deny a certain appeal in the doll-like figures. In some respect, car design follows in the same formula: we pull lines, stretch form and exaggerate wheels – all for the sake of a sexier proportion.’

Her former tutor Bumsuk Lim says that many younger car designers are exploring ways in which to translate the extreme emotional expression found in anime and manga to a real-world product like the car. Electric cars open the possibility to add expression to the front-end. With only minimum openings required to cool the engine, affectively you are left with a large blank canvas to project a new face for the car. This, and sophisticated lighting technology, creates endless possibilities for designers to create new expressions.

Lim agrees the connection between the two makes particular sense as we enter the second phase of the automobile. ‘This virtual reality world ties in with what car designers are doing with the green movement, creating their own fantasy world,’ he explains. With the mechanical part – as in the engine – no longer the sole fascination, the next generation of the automobile can affectively be any shape it chooses to be.

One of his students James Chung recently created a city car with a cute face visibly inspired by anime. ‘It proves that an electric car can be any shape. The concept of the automobile as a machine will change to the concept of automobile as a device. And a device can have any look,’ he says. ‘I tell my students this is the best time to be a designer.”

But is this all limited to Asian carmakers? On the whole yes but there are designers like Luc Donckerwolke who have always loved manga. ‘I came to car design from the cartoon world,’ says the Seat design director who previously headed Lamborghini design where he was responsible for such cars as the 2002 Murciélago, the 2004 Gallardo and helped pen the Miura show car.

Donckerwolke notes that the car to him is like a manga caricature in that you have to capture the essence of the person’s face with just three simple lines. ‘With my cars too when I close my eyes I want to have a clear architecture of how the eyebrows are, how the muscles are.’ Donckerwolke even leads a double life as a cartoonist. ‘I am a virtual chief designer in the comic and the real world,’ he muses.

According to Bancon this language has no national barriers anymore. ‘It may have originated from Japan but it’s now a global vocabulary.’

I originally wrote an article on a similar theme ‘Manga Cars’ for Esquire which appeared in the November 2010 edition.