Replacing a long-term design chief is never easy. Patrick le Quement led Renault design for 22 years and the succession, in the period leading up to his retirement in 2009, was one of the most debated topics within the car design world.

His eventual successor Laurens van den Acker surprised many observers, not least because he was drafted in from outside the French company, from Mazda where he was design director from 2006.

Design Talks met the Dutch designer back in March at the Geneva Motor Show where he was introducing his latest concept cars the Captur and R-Space to discuss the changes he’s made since arriving at Renault, and his new ‘human’ design language. 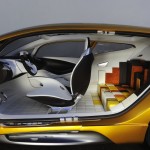 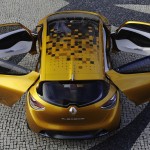 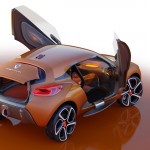 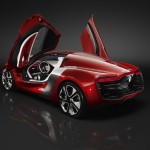 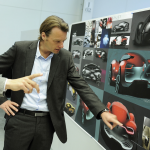 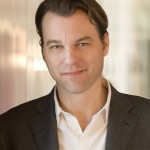 Design Talks Many people were surprised that you left Mazda after just three years.

Laurens van den Acker Me too. One journalist told me it’s like you left your pregnant wife! Yes, it was too short frankly to build up a brand, to change direction and see it through. But when these opportunities come through you can’t always time them.

DT What was the attraction to move to Renault?

LvdA Patrick [le Quement] had to come up with two internal and one external candidate – somehow I bubbled to the top. And after nearly 15 years outside Europe, the chance to return and take on a challenge like Renault and follow in the footsteps of a design icon like Patrick was very hard to refuse.

DT Was it difficult to take over a design team from Patrick?

LvdA Yes and no. The challenge in Renault was enormous because here was a company that was willing to turn a new page, to start another period of history. So in that sense it was intimidating at first. But I know I’d found a very good design team, and that was key.

DT How important is Frenchness to Renault design?

LvdA Quite important, but you should never make that a goal, more a result – I don’t want it to be an objective. I don’t want to get into a fight amongst the three French brands – I want to make good Renaults.

DT Looking back, a lot of the projects you were involved with at Ford and previous to that Audi were notable for their very rational, ‘product design’ approach. Is that something you feel you might bring to Renault design?

LvdA They are definitely my roots sown in at Audi [from 1993-1996]. It was at that Bauhaus, Teutonic stage with the very geometric TT and the A6, and we definitely thought that was the future at the time.

It fitted well with Ford and trucks and sports utility vehicles but since then I’ve moved on and learnt to wear different hats. Now my approach is to start with what is the brand about, what are its values. You’ve seen that with Mazda where I changed my taste considerably.

DT How important is it for Renault to have a specific form language?

LvdA Renault is a human brand. There are car-centric performance brands, particularly German ones; there are planet-centric brands like Toyota that want to improve the world; then there are human-centric ones that clearly have the human at the centre.

Most French brands belong in this category. So we created a design language that communicates the human aspect of our brand, which is sensual. No hard lines but very soft shapes, warm because we’re Latin. Not cold Germans, not hot Italians but just in the middle, and simple because we’re a popular brand.

[Renault/Nissan boss] Carlos Ghosn said we are a marque populaire and this defines our design strategy.

DT How will this manifest itself in design?

LvdA We made a lifecycle, with ‘life’ in the centre. Life is about firstly falling in love, then you explore the world with your girlfriend, next you create a family, then you have to work and play with your kids, finally, if all goes well, you get wisdom.

Love could be our iconic vehicles or maybe a supercar; explore sports utility vehicles and crossovers; family is monospace; work is our utilitarian vehicles; play is RenaultSport, coupés and fun cars. Finally wisdom equates to electric vehicles, hybrids, or maybe a new durable vehicle.

DT How do the current concept cars represent these various stages?

LvdA We had to start with love, to get people to fall in love with us again – hence the DeZir concept shown at the Paris Show last autumn. Captur is our exploration concept and R-Space is our monospace stage.

Furthermore, our colour and trim designer came up with a colour sequence for this diagram, with red for love, orange for exploration, yellow, then green, blue, finally purple.

DT Is there a name for this new form of language?

LvdA This time we decided it’s not necessary to have a name – we didn’t know what kind of adventure we were starting here. It’s nice to keep things open because the challenge we were facing at the start was huge: a new design direction, a new identity and new design strategy.

Read more on the DeZir concept car and our interview with the then interior designer Fabio Filippini here.