Jaguar Land Rover is having a bit of a renaissance. Owned by Tata Motors since 2008, the Indian firm is breathing life back into the two brands, encouraging them to explore their identities within the context of 21st century aesthetic and functional needs.

Land Rover, in particular, has revealed an edgier side to its personality in recent years with cars like the Range Rover Evoque which has been an incredible success story for the company.

Designed to seduce young female buyers and tease customers from markets where there is less brand awareness, the car has brought 80% new customers to the marque. Back in March, at the Geneva Motor Show, Land Rover unveiled the Evoque Convertible concept – the same car minus a roof.

The firm also revealed another concept at the show. The DC100 is the marque’s vision for a modern Defender – a tricky car to redesign given its almost cult status amongst loyal customers who include the Queen. 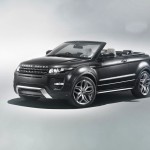 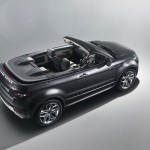 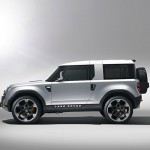 We caught up with Land Rover design director Gerry McGovern at the show to find out more.

Design Talks. Why did you decide on the Evoque Convertible concept?

DT. Can you talk us through some of the design decisions?

GM. Generally convertibles tend to be quite parallel to the ground in terms of waistline – we had to make a decision to do this or work with the actual design of the Evoque, which is very dramatic.

So we came off the waistline and let is naturally progress round the back which gives you a back end that is higher than you would normally get on a convertible. However, this is not an ordinary convertible, it is a 4×4 for a start, it is also a Range Rover, so a luxury vehicle.

DT. How closely will a possible production car follow this design?

GM. There is still more refinements to be done but I do think it lends itself beautifully to open road motoring in a Range Rover which we haven’t seen before. We’ve seen it in Land Rover Defenders in a functional sense but not in this context.

DT. Do you see the car going into production?

GM. Depending on the reaction at the show it will give us the impetus to put it into production.

I would look to simplifying it a little – the feature line that is there for the hood mechanism, I’d like to see that hidden, more integrated. It will take some clever packaging but we can do that.

DT. The Defender is arguably Land Rover’s most iconic model. This is a real-life off-roader and its design to date has heavily reflected the car’s functionality. Why challenge this with the DC100?

GM. We haven’t done a Defender for 60 years, so why on earth would we try to replica a vehicle that looks 60 years old. The traditionalists would say we’ve gone far too far.

But, the manufacturing techniques for creating this vehicle are outmoded and it’s not a modern package so it is not legal in certain markets. The look is a pure consequence of its function and manufacturing and tooling at the time – pure form follows function. The world has moved on.

DT. The Defender has to be highly functional. How have you achieved this in the cabin?

GM. Inside is very elemental using durable material that is very functional – you can hose it out – but in a modern, robust way. It has floating seats as well as a central foldable one for your dog! This vehicle has to be very capable – you can kick the hell out of it and it’ll get up for more.

DT. Do you see this car entering production?

GM. Our design DNA is simple but to develop a modern day version is very complex. There is still more work to be done and on this particular design we will look at alternatives but the essence of what we have here is the right positioning to start.

DT. Land Rover is in the process of designing a whole new generation of vehicles and this includes replacing the ones that are at the end of their cycles. Tell us more.

GM. We are looking at where there are opportunities like with the Evoque to stretch the brand. Fundamental to the car is its design. Design has been around with Land Rover but it has usually played second bat to functionalism; this isn’t the case anymore. Design is now on an equal footing with engineering and that’s where it needs to be in a world where design is a fundamental differentiator.

The Geneva Motor Show is one of the main yearly international exhibitions that tend to focus primarily on design studies and future trends. This year, sadly, the displays were generally of ‘real’ cars – automobiles that are made for today’s world but tend to lack the visionary insight to make them relevant to the bigger picture of mobility.

This is a real shame as for the last few years we have been teased with a promise of a future urban setting free of the traditional automobile where clean hubs transport us autonomously in this wirelessly connected utopia. These are the sort of interesting concepts we witnessed at the Frankfurt and Tokyo shows last year.

Nevertheless there were some thought provoking ideas at Geneva as well as a few very attractive cars that may seem completely absurd given our economical and ecological situation, but remain simply pure objects of desire. We visited the show and spoke with a number of key car designers. Read the full review published in Wallpaper*. 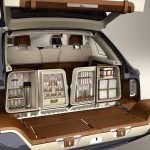 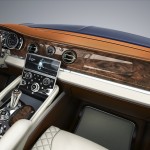 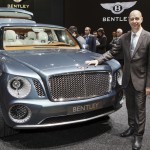 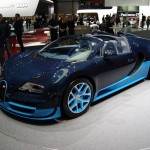 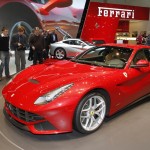 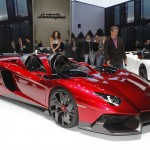 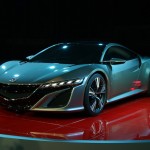 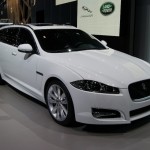 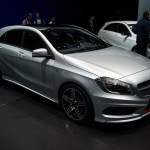 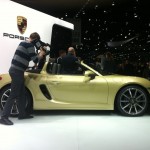 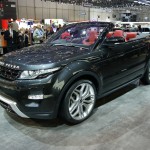 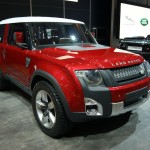 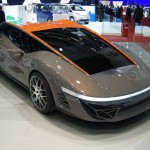 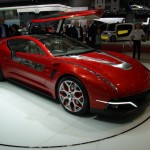 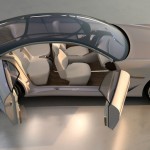 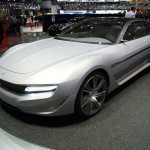