A corridor so narrow that strangers brush shoulders, a platform through a densely inhabited house that challenges the relationship between inhabitant and visitor, and a room reshaped through a graphic pattern – these are just a few of the exhibits that aim to challenge contemporary thinking on architectural space.

Concrete Geometries: How Spaces Move People at the Architectural Association School in London features 20 projects by a group of international architects and designers. It is the culmination of the School’s Research Clusters Programmes, an 18-month project by architecture students, staff and outside partners. 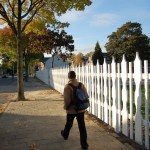 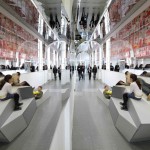 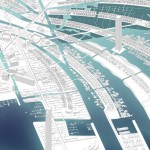 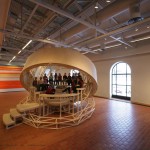 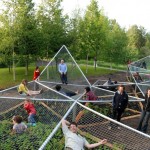 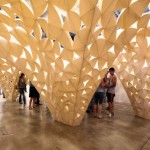 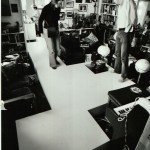 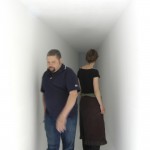 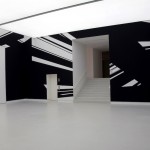 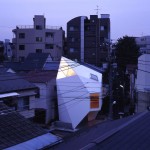 ‘The topic seems quite an obvious thing to be exploring, but it is not a discussion that is being held in architecture today,’ notes Marianne Mueller, co-director of the cluster and diploma unit master at the AA School.

‘By involving designers and artists we are able to rethink our practice on the creation of space. Digital design has provided architects with new tools to experiment with the use of space. We need to challenges our current thinking of space and how we as architects create it.’

The research programme and the exhibition focus on the relationship between people and built spaces using recent international design, architecture and art projects as case studies.

The aim is to change architects’ attitudes towards how they view and approach space, something that Mueller believes is often created out of technological convenience rather than a study of how people interact with their environment in real life.

Research began in January 2010 with an international call for submissions exploring how geometric aspects of space, such as size, shape or relative position of figures, are perceived and influence behaviour in a very real sense.

From the 415 entries from artists, architects and designers around the world, over 30 were chosen for further research. 20 of these projects have been selected for the exhibition.

These include Room Drawing Installation by German artist Christine Rusche that uses graphic patterns on the walls to transform the perceived space of a room.

Connecting Corridor by Dutch designers Studio Elmo Vermijs is an installation connecting two buildings, too narrow to allow two people to pass, forcing its users to interact with strangers.

UK artist Fran Cottell’s House Installation Project is an installation in an existing domestic setting, where a raised platform acts as a walkway for visitors, bringing into play conflicting and contradictory power relations. It serves as a social experiment to see which prevails – visitor or intruder.

German architect Brandlhuber + ERA’s Brunnenstrasse 9 is inspired, rather than constrained, by the legal space guidelines governing the site.

Another German Kai Schiemenz has created Splendid Modernism. The installation serves as a venue for temporary events transforming the familiar formats of speech and lecture into a dialogue between visitors and speakers.

Voussoir Cloud by US architect Iwamoto Scott Architecture is a site-specific installation consisting of a system of vaults, exploring the structural paradigm of pure compression coupled with an ultra-light material system.

Dymaxion Sleep by Canadian duo architect Jane Hutton and artist Adrian Blackwell, is a structure of nets suspended over a garden that changes the viewer’s fundamental spatial relationship to plants.