The latest installation to fill the enormous Turbine Hall at London’s Tate Modern is an inch-thick carpet made of over a hundred million tiny artworks collectively knows as Sunflower Seeds. Each intricately handcrafted porcelain sunflower seed carries its own unique note delivered by the skilled craftsmen of Jingdezhen.

Sunflower Seeds is the work of Ai Weiwei and the eleventh in the Unilever Series to fill this challenging space at the London gallery. The Chinese artists is best known for his work on the Bird’s Nest Stadium at the Beijing Olympics and for his constant conflict with his government who has arrested and beaten the artist and censored his work.

Sunflower Seeds is splendidly simple in concept, yet completely grand in execution. Ai had 1,600 former makers of imperial porcelain in the town of Jingdezhen work on his project for two years to create 150 tons of handcrafted ceramic covering 1000 square meters.

Additionally, the seeds carry multiple meanings – Mao Zedong depicted himself as the sun and at the same time during the Cultural Revolution when food was scarce, sunflower seeds were plenty.

Ai wanted the public to walk on his installation, to feel and hear the crunch of the seeds. Sadly, dust raised by the feet of visitors on the first few days, created health and safety issues and the site has since been closed off to the public. This is a real shame, but it is also the very nature of public art.

Viewing it from behind the barrier, Ai’s Sunflower Seeds is forbidden territory, which perhaps adds a new dimension to his message.

A series of video booths installed in the Turbine Hall at Tate Modern allow visitors to record questions and comments for the Ai Weiwei. Each week until May 2011, the artist will be selecting new videos to respond to and recording his answers. 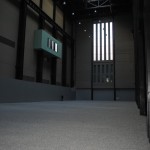 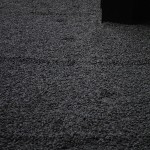 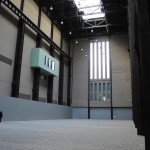 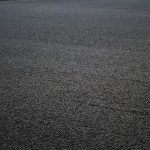 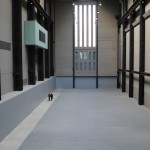 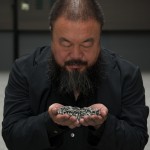