Next week sees the start of the Venice Architecture Biennale, curated this year by the outspoken Dutch architect Rem Koolhaas. The chosen guiding topic is Fundamentals with all 66 national pavilions exhibiting responding to a theme.

Koolhaas’ concern is that over the last century national characteristics in architecture have given way to a more universal language resulting in somewhat homogeneous architecture. At Venice he has asked countries to reflect on their relationship with modernisation over the past 100 years. This is a big departure with recent Biennales that have been dedicated to the celebration of the contemporary. 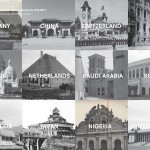 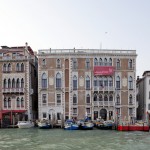 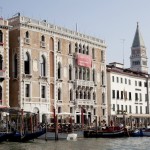 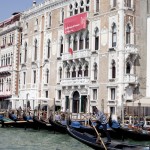 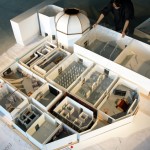 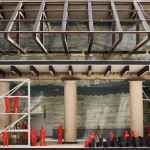 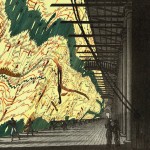 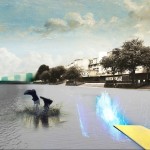 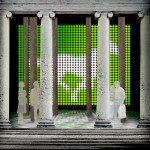 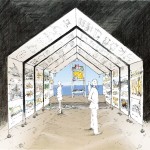 The three interlocking exhibitions – Absorbing Modernity 1914-2014, Elements of Architecture and Monditalia – will focus on the past and present, and look into the future of architecture. This will be very much a research-driven exhibition with close collaboration with a range of architecture schools including Harvard, MIT and Shenzhen University.

Koolhaas feels that Venice should observe history, and try to analyse where architecture finds itself today, as well as speculate on its future. ‘Architecture, not architects… An umbrella theme for the national pavilions: from national to universal… The Arsenale as performance space…,’ he says of his chosen theme.

He would also like to express the lighter side of architecture. ‘What we hope to do with this biennale is to lift the pressure of constant seriousness of the profession of architecture.’

Biennale president Paolo Baratta adds: ‘With Rem Koolhaas, our aim is to create an exceptional, research-centred architecture biennale. It will be significantly innovative as Rem has conceived a project that involves the entire biennale, which fully exploits its potential.’ He hopes that the event will serve as ‘a reference point and source of inspiration for architecture.’

First held in 1895, the Venice Art Biennale soon attracted international exhibitors with countries creating national pavilions – a format that remains in place today. The Biennale was from the start concerned with the international avant-garde and worldwide movements in art and architecture, and although architecture has been part of the exhibition since 1968, a specific Biennale dedicated to Architecture was only established in 1980. The number of participating countries has increased from 55 to 66 this year.

Highlights this year include the British Pavilion’s A Clockwork Jerusalem by FAT Architects and Crimson Architectural Historians that explores the diverse cultural influences that shaped and were shaped by British modernism in the post war era and over the last century. It will examine how it emerged from a modernity that combined traditions of the romantic, sublime and pastoral with a fascination and fear of the industrial, technology and science fiction to create new visions of society.

‘Pacific architecture is light-weight,’ says David Mitchell, of Mitchell & Stout Architects and creative director of the exhibition. ‘It’s made of posts and beams with panel infills, and big roofs. You can see this architecture expressed over the course of the last 100 years, from the M?ori meeting house to the new Auckland Art Gallery Toi o T?maki and Christchurch’s Cardboard Cathedral.

‘I believe there is a great unsung Pacific architecture that has become more distinctive in New Zealand over the last century, as the influence of England has declined,” he says.

Elsewhere, the Swiss Pavilion will see Hans Ulrich Obrist, co-director of London’s Serpentine Gallery, work with famed architects Herzog and de Meuron to design a retrospective based on the ideas of the Cedric Price and Lucius Burckhardt.

Read an excellent review of the Biennale so far in the FT.

The 14th la Biennale di Venezia will take place from 7 June to 23 November 2014 at the Giardini and Arsenale venues, with satellite exhibitions dotted in various other locations around the city.

Also visit The London Festival of Architecture which starts next week throughout the capital city.

‘We move so fast that memory is something we can only try to grasp,’ says Chinese artist and activist Ai Weiwei. The annual Serpentine Gallery Pavilion – this year created by Ai in collaboration with architects Herzog & de Meuron – inspires Memory Marathon. The three-day event sees leading artists, writers, filmmakers, scientists, architects, musicians and theorists gather together in a continuous, performative programme of explorations and experiments about and within memory. 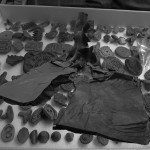 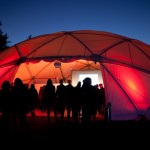 This is a pretty diverse gathering of creatives. Sadly historians Eric Hobsbawm, due to attend the event, passed away last week. Alongside Jay Winter and Donald Sassoon, he was scheduled to explore the theme of ‘War Memory’. The event is therefore dedicated to this fascinating historian.

The event begins with a five-hour performance by acclaimed Lebanese sound artist Tarek Atoui, who together with 14 world musicians will take audiences on a mesmerising journey through Tarab and classical Arab music recorded from the early 20th century onwards.

‘As a curator, I am constantly engaged in building memory or, as Eric Hobsbawm put it, leading a ‘protest against forgetting’,’ says Hans Ulrich Obrist, co-director of the Serpentine Gallery.

‘Although we are hugely sad that Ai Weiwei still cannot travel to be with us and see the Pavilion that provides the inspiration for this year’s Marathon, his brilliant co-designers, Herzog and de Meuron, will be among a stunning array of world-leading experts exploring the subject of memory through the prism of art, history, science and technology, considering – among many other things – the suspicion that there is a kind of systematic forgetting at the core of the information age.’

Memory Marathon marks the closing week of the Serpentine Pavilion 2012.