Japanese minimalist architecture has had a profound impact on European building design, particularly private housing. Yet there is a complex ideology coming out of a more contemporary Japan that has been one of the most influential, yet elusive, movements in modern architecture. Japanese Metabolism is considered to be the first non-western avant-garde.

This spirited movement was pioneered by a small group of young architects in the late 1950s whose utopian visions for cities of the future were characterised by mega flexible structures that symbolised organic growth and relied on modern technology. This is the last moment when architecture was a public rather than a private affair. 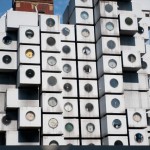 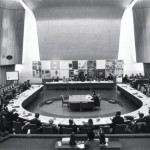 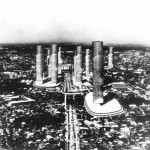 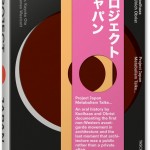 Rem Koolhaas is a big advocate of Metabolism. ‘Every architect carries the utopian gene,’ wrote the avant-garde Dutch architect and founder of Office of Metropolitan Architecture.

In ‘Project Japan, Metabolism Talks’, co-written with curator Hans Ulrich Obrist, Koolhaas sets out to explore this movement through a series of nine interviews conducted between 2005 and 2011 with the surviving members of the movement and those who had a crucial impact on the movement. The result is an oral and visual journey through nine chronological chapters that tells the story of Metabolism in the context of the history 20th century Japan.

Project Japan begins almost like a suspense thriller as the authors Koolhaas and Obrist in turn describe how they came to write such a concise history and analysis of Japanese Metabolism and the journey in which they entered to do so. It makes for quite an exciting opening few chapters teasing the reader to enter what promises to be an exciting journey of discovery.

‘Once there was a nation that went to war, but after they conquered a continent their own country was destroyed by atom bombs. For a group of apprentice architects, artists, and designers, led by a visionary, the dire situation of their country was not an obstacle but an inspiration to plan and think… after 15 years of incubation, they surprised the world with a new architecture – Metabolism – that proposed a radical makeover of the entire land,’ write Koolhaas and Obrist in the book.

This is an intelligently designed book by Dutch designer Irma Boom too, where black-and-white images are interspersed with splashes of orange and hot pink – pages marked by pink bands on the edges represent the nine interviews.

This is an absolutely fascinating read that tells the story of 20th century Japan through its architecture, from its post-war devastation to the establishment of Metabolism, the rise of Kisho Kurokawa as the first celebrity architect, to Expo ’70 at Osaka, the tech wonderland that cemented Japan’s image as a technological utopia and marked the end of Metabolism.