London came alive in September with the London Design Festival – the annual event seeing new and established designers showcase their work around the capital city. The exhibits ranged from discarded picture frames draped elegantly over the V&A steps, to a plaster cast bench inspired by the museum’s impressive Cast Court collection, and robots tracing messages in beams light over Trafalgar Square.

Stuart Haygarth’s installation, featuring discarded off cuts of colourful picture frames (from framing company John Jones) that adorn one of the grand internal marble staircases inside the V&A is an inspired piece of work that is not only visually splendid, but the rhythm created by the pattern somewhat theraputic.

British designer Max Lamb created a plaster cast bench based on the facade of the 1840 Sydney Smirke-designed HSBC private bank headquarters at 78 St James Street in London. Inspired by the museum’s Cast Courts, Lamb used traditional casting techniques to create this seemingly plain structure which sits in complete contrast to its elaborate surroundings.

Michael Anastassiades’ Kinetic Light is a pendulum light designed for the museum’s Norfolk House Music room – the perpetual rhythm of the hanging arm holding a glass light ball is meant to evoke a distant age when music sought to create the harmony of the spheres.

Polish designer Oskar Zieta created a visually exciting installation for the V&A courtyard. Zieta took a starting point from the curves of the pool in the V&A’s John Madjeski Garden to create a moving structure with his FiDU technique – created by his company Prozessdesign – that uses compressed air to inflates steel structures. Using steel polished to a high gloss, this large-scale installation reflects the shape of the stairs leading to the garden’s pool.

The Trafalgar Square installation came from German duo Clemens Weisshaar and Reed Kram – best known for their experimental work at Prada and Moroso – who created OUTRACE, a kind of pop-up factory in London’s big tourist spot. Working with eight large-scale industrial robots, loaned by Audi, each equipped with a cluster of 24 LED lights, Outrace web audience could interact with the installation live, the robots then tracing their text messages in beams of light over the square. It was quite a spectacular site contrasting against the backdrop that includes Nelson’s Column and the surrounding museums.

Other notable highlights included the colourful display by Danish textile design firm Kvadrat. Designer Cristian Zuzunaga has taken some of the most famous skylines in the world and turned them into overlapping shapes and colours as part of his ‘Squaring of the Circle’ collection for Kvadrat.

In this series of work Zuzunaga is exploring the ideal image of a city through large architectural shapes in muted colours. From a distance the material reveals either a block of colour, a skyline, crops of it – all depending on how the curtain is draped or folded. Complementing the larger swathes of flat weave material is a series of cushion, each unique, with close-up geometric pixels of colour depicting very small sections of the buildings featured in the curtains.

As part of LDF, carmaker Mini unveiled the Scooter E Concept. The electric zero-emission two wheeler has been conceptualised in two forms – with two seats and in sporty single seat format. Showcasing BMW’s overall eco-ambitions, reported earlier on DT (New Urban Mobility), the vehicle is powered by an electric motor integrated in the rear wheel.  The motor’s lithium-ion battery can be recharged at any conventional power socket using an on-board charging cable. We will report more on this as part of the Paris Motor Show in October.

This year’s LDF medal was awarded to Thomas Heatherwick for his contribution to design. Ben Evans, festival director, said of the designer of this year’s British Pavilion at the Shanghai Expo: ‘He defies definition whether he is working in in the fields of architecture, product design, sculpture, and urban planning.

‘He has developed a considerable reputation for his practice, creating a range of extraordinary objects and buildings; from rolling bridges to seaside cafes to spinning chairs.’

For our report on the student corner visit Emerging Designers from the London Design Festival. 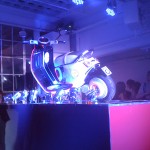 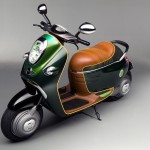 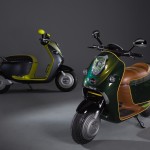 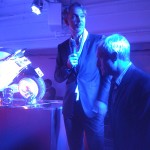 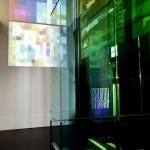 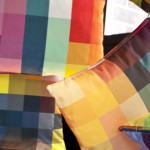 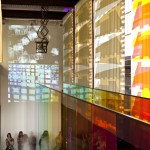 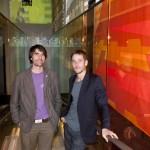 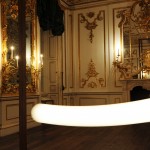 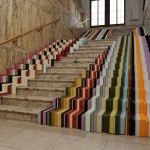 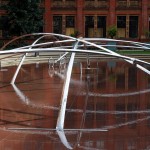 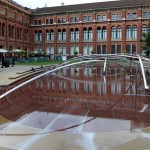 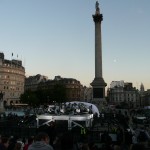 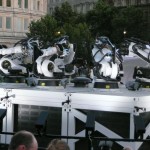 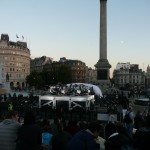 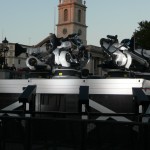 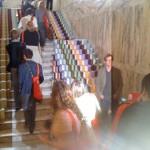 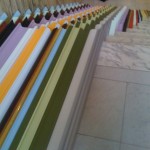 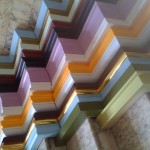 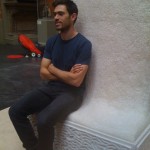 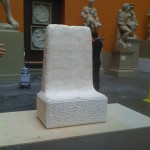