Retro is an overused word these days. But unlike in the fashion industry where often the heady days of 60s Carnaby Street – or an era equally evocative – is replicated, retro within the car industry can mean something completely different. It essentially involves taking a design classic, an iconic car, and giving it a 21st century twist.

Thirteen years ago, Volkswagen lifted the veil off the new Beetle and so begun a whole new genre in car design. Since then, we’ve seen the phenomenally successful Mini and later Fiat has entered the arena with the 500 – both incidentally the work of designer Frank Stephenson currently the head of design at McLaren Automotive (see our interview in DT).

However, drawing inspiration from the past isn’t a new concept for car designers. Carmakers are keen to tell the story of their heritage, and the best way to do this is by incorporating past design cues into new models. They may not be so overtly retro-ish, but somewhere within the folds and creases of the metal they’ll be more than just a nod to company’s history. 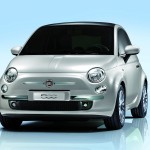 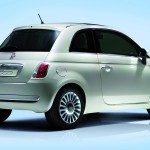 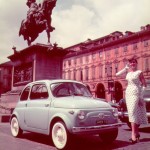 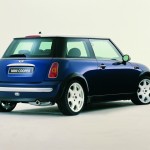 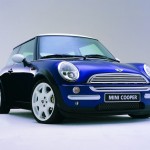 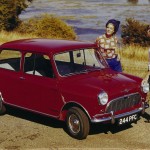 In fact it could be argued that it is more about maintaining a corporate identity. For example, a Rolls-Royce is immediately identifiable by its grille and mascot. And let’s take a closer look at the Phantom; doesn’t it also err on the side of retroism? It may be at the top of league for engineering excellence yet the bodywork has been styled to replicate the halcyon days of motoring.

The buying public want assurances. Not only are they purchasing a car, they are buying into a certain lifestyle, and by radically changing a winning design can easily alienate the customer. Chris Bangle, the former BMW design director, found this out to his cost. He wanted to give BMW a new style direction and in 2002 set about re-vamping the entire range. This was more than a nip and a tuck; it was throwing away everything which had gone before and starting afresh.

The finished products received a less than lukewarm reception. Bangle had made a fundamental error, he designed cars which he thought the public should drive, not what they actually wanted to drive. His designs were seen at the time as being too extreme and a far cry from what even the most ardent of BMW customers were expecting. They voted with their feet and chose instead to buy a Mercedes or an Audi because they knew there wouldn’t be any surprises. Bangle resigned his post from BMW in 2009 to pursue a career away from the car industry.

Now, comparing pre-Bangle designs to the BMWs we see on the roads today, the last laugh is with Bangle. His vision was spot on, he just didn’t implement the changes gradually enough and the leap of faith he was asking from the BMW customers was just too far outside their comfort box.

Of course, the same can’t be said for the Mini or the Beetle or Fiat 500. Their originality was born out of a time when the world was full of optimism and the need to get mobile. Perhaps that’s why these three cars have transcended time so well; they all define an era yet still remain timeless. They always held the affection of several generations of drivers, and perhaps that’s why, unlike the Bangle debacle, their modernistic twist was heralded by the popular motoring media as a new dawn in automotive design.

The Beetle has had the most convoluted existence, from being the brainchild of Hitler to then becoming the post-war hippy love bug and now, in its 21st century guise, to twice being voted Gay Car of Year. There is a new, second-generation, Beetle in the pipeline which is due for launch early 2012, and I’ve driven it. It’s much more focused towards the driver than being a fashion statement. It is still instantly recognisable as a Beetle but it is a lot more credible than the car it replaces. This may be due to the fact that Volkswagen realised that if they wanted the Beetle to remain a mainstay of their model line-up then they had to cleverly evolve it.

Despite selling over one million of the outgoing Beetles, it was always perceived as nothing more than a Golf in different party frock. This new one, however, has a much more individual feel which is mainly due to the fact that for the first time since the original 1930s conception was launched, it has been designed to be an original and not a second-grade facsimile.

The Mini, on the other hand was built as a completely new car. It plays homage to its past but holds a totally different ethos to what Sir Alec Issigonis originally had in mind for it. His design was textbook perfect: form should follow function. And it did. Simplicity was the fundamental quality to the success of his Mini and by harnessing it to an extreme he solved the problem of allowing the British masses to get mobile, and on the cheap. Even though the Mini of yesteryear has been masterfully encapsulated within the metal panels of today’s Mini, it has become more of a consumable which should colour match its drivers’ Prada handbag rather than a mode of family transport.

The argument for these retro cars becoming trinkets for the well-heeled fashionista is cemented in truth when you learn that the Fiat 500 outsells the Fiat Panda by a ratio of 2:1. What’s so surprising here is that the 500 is based on the Panda – it uses the same platform, running gear and engine – yet costs at least £1,500 more. Form may still follow function, but style has an uncanny way of sniffing out the money and doesn’t stop until its bleeds it dry.

The thing is, car designers can never move forward until the past has been completely cleared and swept away. And, as we now know, good design never fades it just evolves. Plus, no one in their right mind would want to quash the memories from a time when the world had felt an unprecedented faith in the future and where designs embodied the promise of progress which had aimed to liberate us all.

This, perhaps, explains why the Mini, the Beetle and the Fiat 500 will continue to be built. All that’s missing is the amazement they would have inspired earlier generations with.