Saul Bass created some of the most memorable opening title sequences in film history. The American graphic artist introduced a minimalist style – a unique blend of simple type, stop-frame animation and intriguing symbolism. Graphics come to life under his direction. They are animated, they move, they incorporate image, text and credits. Bass gets his graphics to perform a choreographed dance to the often abstract jazzy soundtracks. Up until Bass, opening credits were a tired affair, created by an in-house film team. He made the opener part of the cinematic experience. Bass elevated it to an art form.

Bass also designed the film posters, and they too are much more than your standard film promotional ad. His work straddled the world of art, highlighted in a new poster book Saul Bass: 20 Iconic Film Posters, published by Laurence King. The book’s size and treatment, with its handy removable 12 x 16-inch posters, is a great way to observe the more static work of Bass.

Hollywood took notice of Bass around 1955 following his work with Billy Wilder on The Seven Year Itch. The comedy, staring Marilyn Monroe, opens with an engaging, all-graphic sequence that became the Bass signature. With a stop-frame technique one by one text credits emerge from beneath animated building blocks, highlighted by the jazz-inspired hand-painted titles of Harold Adler. The brilliant lettering artist subsequently became a collaborator on many future Bass projects. 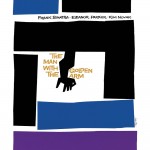 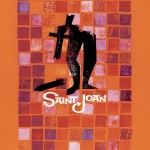 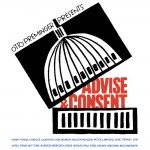 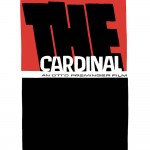 It was a style Bass had begun experimenting with the previous year working on Otto Preminger’s Carmen Jones, but one that was formalised on Wilder’s comedy. That same year Bass evolved this further for the brilliant opening sequence to Preminger’s The Man with a Golden Arm. Starring Frank Sinatra as Frankie, the troubled anti-hero drummer battling with drug addiction, and to the music of Elmer Bernstein, it remains one of the most advanced, and stylish opening credits in film history (watch the animation here)

Working alongside his wife Elaine, whom he married that year, Bass began collaborating with Hollywood’s greatest. With Alfred Hitchcock he completed North by Northwest, Vertigo and Psycho and he designed the opening credits and film poster for Stanley Kubrick’s The Shinning. However, by the mid sixties the couple largely gave up film openers to pursue their passion for film making. Bass also felt disillusioned with what he saw as a now showy, commercialised title style. He did, however, have a last go at titles with Martin Scorsese who insisted on working with the master graphic designer on Goodfellas, Cape Fear, The Age of Innocence and Casino.

Away from the movies, Bass was also responsible for some of the most classic logos, including the original AT&T 1969 ‘bell’ logo and the 1980s Kleenex symbol. Never distracted by fleeting fashion, the average lifespan of his logos is some thirty-four years!

These limited-edition prints have been designed and created by the Spinach art team and are inspired by our latest book The Life Negroni. The ?Negroni, we feel, is much more than a simple cocktail. It took on the world of art, design, fashion, music, cinema, politics, poetry – the Italian Futurists, the avant-garde.

One poster art takes inspiration from the seven letters, three spirits, a slice of orange, and some clear ice that makes up the Negroni. Another interprets drinks legend Gary Regan’s DNA Negroni. Elsewhere Colin Field’s Negroni mixed high in the sky… Have a look on The Life Negroni website for the full descriptions. 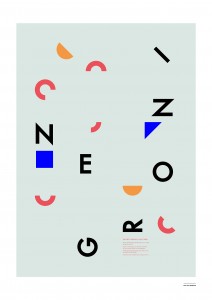 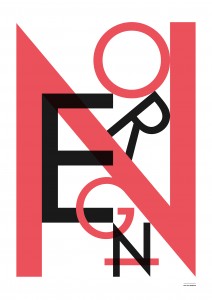 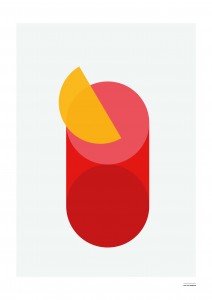 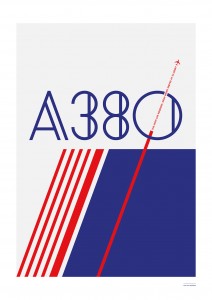 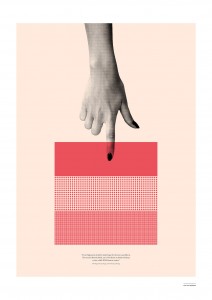 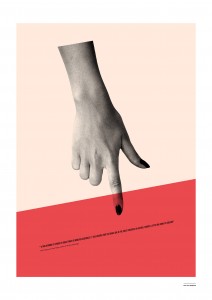 The original artwork is available to purchase exclusively from here where you can also purchase a copy of the book.

Read about the book here.